Three Things – Christmas edition. How to navigate the next four pivotal games 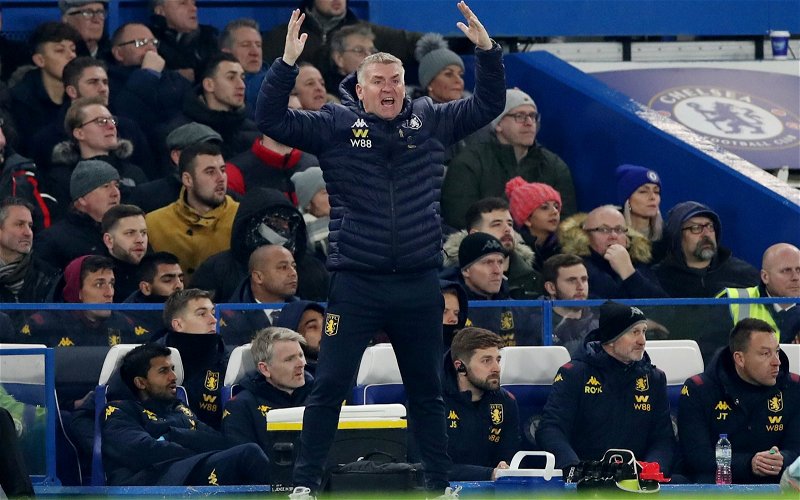 It’s fair to say that, if they’ve not exactly fallen off, then the wheels of Aston Villa’s season have loosened considerably.

To mangle the analogy further still, in Formula 1 terms, the loosened wheels might be considered an unsafe release of the team into the Premier League – young, inexperienced and very light in the striker department.

The euphoria of promotion is a distant memory as winter and the harsh reality of our place among the elite sets in. A tough run of fixtures has taken its toll – but for an unexpected point at Old Trafford against a pale imitation of the Manchester United of the last 25 years and a routine home win against a misfiring (but now upwardly mobile) Newcastle, we could be staring down the barrel of eight straight defeats.

We were obliged to change almost our entire first-team squad this summer, through returning loanees and out-of-contract has-beens. With that number of new faces to integrate, signing ‘young and hungry’, high resale value youngsters was always going to be a high-risk strategy, even if they all worked out.

At the time of writing, we sit 17th in the table, ahead of what most would consider our direct relegation rivals – Southampton, Norwich and Watford – the three teams, as fate would have it, that we face in our next three league matches. But a gap is emerging between the bottom four and the rest – we are currently three points behind 16th-placed Everton and we need to make sure that gap does not get any wider.

Something needs to be done to arrest the poor run of results, and these matches provide the perfect opportunity. So what can be done?

1.Concentration levels at the start and the end of the second half

At the start of the season, we developed a habit of conceding goals very late in games. Now, we’re conceding goals in the first few minutes after half time. It needs to stop. Concentration levels need to improve quickly and we need to be switched on from the first whistle to the last.

Such lapses as we’ve seen at the start and end of the second half of games is negligent at best and highly unprofessional at worst, and it’s hard to know why it’s happening. Dean Smith’s team talks can’t be that ineffective surely?

But neither is it rocket science to keep things tight early after the break and stay compact and organised as the game reaches its conclusion. Senior players like Heaton, Mings, Grealish and McGinn need to take responsibility and make it happen. Over to you, boys.