“Too many players – I have to question the quality.” Sam Allardyce weighs in on Villa’s transfer activity 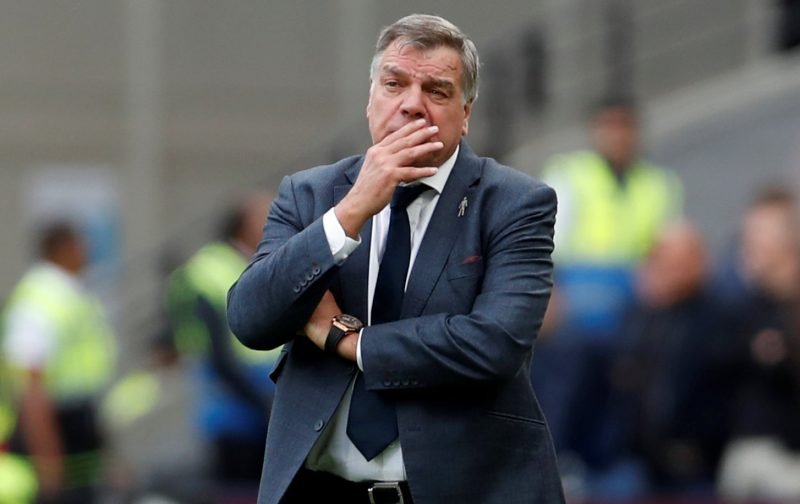 Former England manager Sam Allardyce (words I still struggle to comprehend in the same sentence) has weighed in on Aston Villa’s busy summer transfer activity, suggesting the club have signed too many players to integrate successfully.

“It’s too many players; it’s too many to deal with. You can look at similar clubs that have done the same… Everton, when Romelu Lukaku left, they brought in seven or eight players and it became a struggle.

“Fulham brought 11 [sic] in for £100million, and for me, for £100million I’d like to see three players – not eight or nine. I have to question the quality of the player that is being bought when you’re stretching over £100million. It just cannot happen!

“Integrating players from different cultures, different environments and different religions is an extremely difficult job at our level, and the entire backroom staff need to be able to handle that to make sure the players adjust as quickly as possible.”

“I have to question the quality if £100m is stretching over nine players.”

“Integrating the players is an extremely difficult job.”

Of course, Allardyce completely overlooks the fact that a number of our ‘new’ arrivals – Tyrone Mings, Anwar El Ghazi and Kortney Hause – were re-signing key players from last season, effectively making loan deals permanent. To do so would offer unwanted qualification to his sweeping comments.

He also ignores the fact we’ve released a large number of fringe players and out-of-contract squad members, replacing them with talented, youthful options expected to flourish through coaching, a concept alien to Allardyce, whose track record is one of paying big money for players he considers the finished article.

Sam Allardyce saying we should spread 100m over 3 players. Ignore the fact we've released 12 players, if we did that we'd be "overspending" and "getting bodied in the market" And our owners would be "wasting money".

Villa just can't win in the media. Ignore them #avfc

And that explains the difference between Allardyce and Smith. Smith will coach players, he’ll make them better. Allardyce prefers going for the finished article. Mark my words at least 80% of the players we have signed this window will make us a profit, guaranteed. ???? #avfc #utv

Allardyce is such a throwback… now I’ve not heard of some of these players before , but you know Smith and his team have done their homework and the players , potential, ages and attitudes are just what he wants .. I know who I’d trust to be in charge of this team #avfc

Nothing could convince me nore that we have done some good business than sam Allardyce saying it's bad business. Keep it up Deano #AVFC

Any transfer is a risk, albeit a calculated one in most cases, and to some extent, I would agree that trying to integrate so many new faces (and to keep them happy and motivated) is riskier still.

But given the fact that, as I’ve mentioned, a number of the new signings already have their feet under the table, I would argue we have far less to worry about than would otherwise be the case.

We have the coaching set-up to ensure the new signings have the best possible chance of achieving their undoubted potential and I can’t wait for the season to get started and see the heights to which these players can take this great football club.