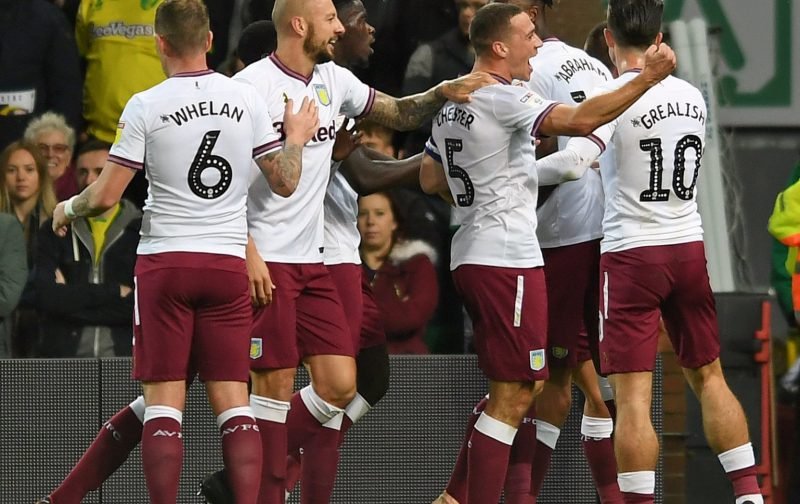 Friday evening’s tie between Aston Villa and Bolton Wanderers at Villa Park left plenty of fans with smiles on their faces.

With back to back defeats under new head coach Dean Smith in recent times, we had arguably deserved more and this game saw us ensure a return of all three points with goals coming from Jack Grealish and James Chester.

The performance was again improved and although we obviously have further improvements to make, it was nice to see positives following the 90 minutes. That was reflected in WhoScored’s post-game ratings and we had two players with 9+ scores and six further with 7+ scores. 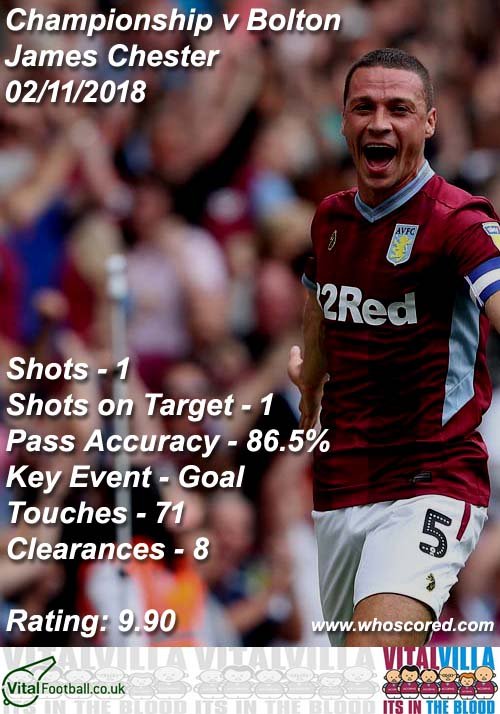 An incredibly impressive showing from Welshman Chester saw him take 9.90 on the day, and Jack was a close second with 9.60.

Better possession and almost 20 chances overall, the hope will be more than three on target in the future but it’ll take time.