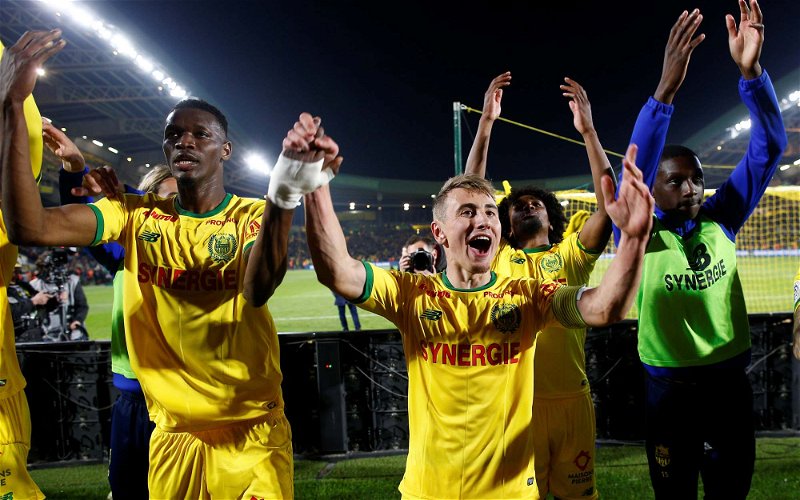 It seems the arrival of Fred Guilbert may not be the only French connection Aston Villa make this season as we’ve now been linked with a move for Nantes midfielder Valentin Rongier.

The 24-year-old versatile midfielder has been with Nantes for his entire career so far having come through their youth ranks, and last season he made 43 appearances across all competitions, scoring four goals and providing four assists in the Ligue 1 campaign.

He’s also their skipper from what I can tell. Predominantly a central midfield, he did make appearances in the more attacking and defensive midfield roles, so that versatility could be an asset for head coach Dean Smith and outlet Le Quotidien du Foot have stated we have an interest, as does Southampton and Lyon.

They believe a price of around £13.3million would be enough to get a deal done and it’s certainly gained some traction amongst the fanbase.

the ryan woods role in a dean smith team I guess ?

It's probably because we've got a new scout that is based in Nantes so could be an easy link.

Now THIS would be a class signing. #avfc https://t.co/1L2NLW3ww3

Love to have him at villa, really good player #avfc https://t.co/WXakgue0ZR

Unbelievable player watch Nantes most weeks on the tele

The Aston Villa Squad For Next Season – Let The Debate Begin