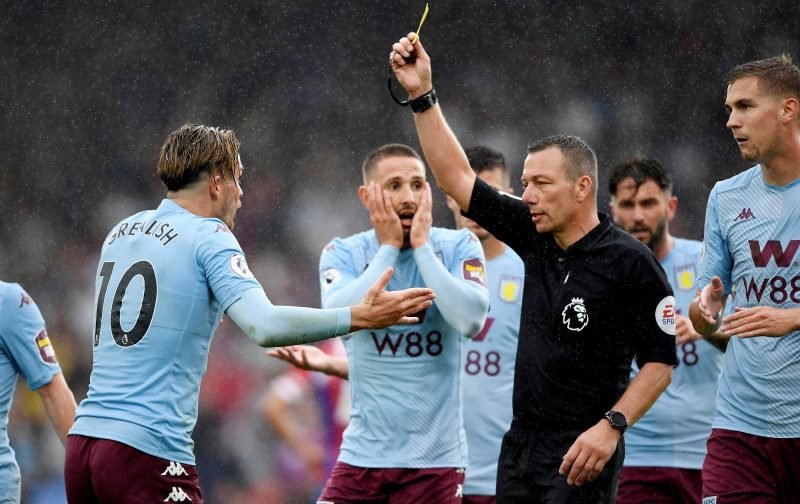 With plenty of talking points coming out of Aston Villa’s trip last weekend to The Etihad Stadium to face Pep Guardiola’s Manchester City side, eagled eyed fans noticed something about Jack Grealish and they raised a very good point.

With more VAR irritation and a sense of being hard done by as the defeat was marginally greater than it should’ve been – granted City deserved the three points – and all those issues, as fans will know, Jack picked up a booking as Raheem Sterling threw himself to the floor late on in the first half, and it was never a booking and never a foul.

As #MOTD weren't man enough to show star man sterling throwing himself on the floor I thought I'd record it for all is #avfc fans pic.twitter.com/4zPG1piDZv

There was another element to that moment of the game that others spotted – just how quickly Jack’s pace enabled him to catch up with the lightweight speedster, as it’s not something you normally associate with Jack’s game.

Grealish more than kept up with Sterling for pace #MCIAVL

Only Grealish could keep up with Sterling’s pace????

Grealish is quicker than sterling pass it in

Must admit, I hadn’t even noticed that until I caught the comments and took a second look. Then again, it’s not like we need to look for things to praise Grealish for, just have to hope the injury is nothing too serious.