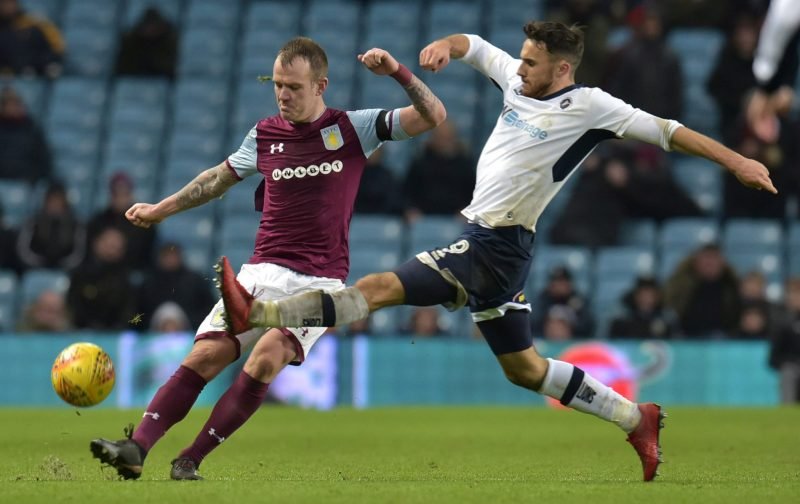 Glenn Whelan scored an excellent goal against Walsall in the pre-season friendly yesterday.

Fans on Twitter were hailing the 34-year-old’s effort, hinting ironically that the Irishman’s eye-catching goal may get him a lucrative move:

Great stuff, have to say Whelan did well last night, although I know someone will say he was playing at his level. I think he could be a key player for us next season (with some younger legs around him)

Wonder what we were all worried about!

sorry I almost thought you said Glenn Whelan went past his man ????????

has anyone ever seen Whelan and Iniesta in the same room

All in all, the comfortable win over Walsall was a morale booster. Whelan’s compatriot Conor Hourihane was particularly impressive with his hat-trick, while it was great to see Jack Grealish in the claret and blue shirt once again.

How long he will be a Villa player for, it remains to be seen. With reports that the club are in talks to sell him to Tottenham, it may be the last time we see our no.10 playing for us.

Hopefully, that is not the case, but as things stand, his departure does look increasingly likely. Still, it looks likes the rest of the team are raring to go for the new season and don’t look phased whatsoever with off the field matters.