VAR rears its head yet again as Villa come up short 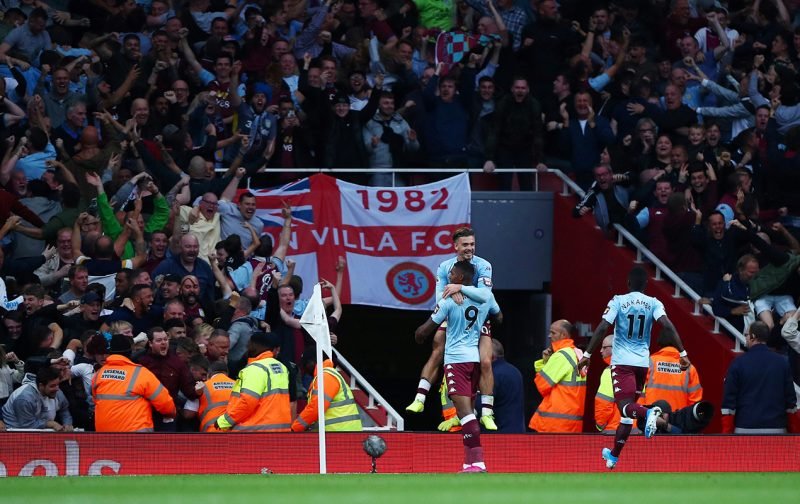 I’ve taken some time to reflect on Sunday’s numbing defeat at The Emirates Stadium, and I’m still a little shell-shocked. We were absolutely cruising and at 1-0 and a man up, the game was ours for the taking.

I would strongly argue that we should have emerged from north London with at least a point, but the failure of VAR to award a penalty for Sokratis’ blatant hand-ball at the death is perhaps a discussion for another day.

Having said that, the unpunished challenge by Davinson Sanchez on McGinn at Spurs, the failure to send off Bournemouth’s Phillip Billing and the appalling decision to chalk-off Lansbury’s ‘goal’ at Palace would definitely suggest Villa have not had the rub of the green with regard to refereeing decisions this season.

How many points will these kinds of decisions cost? The answer should be zero and this is surely the very reason VAR has been introduced. But, don’t worry, they’ll even themselves out!! Will they heck.

As Dean Smith mentioned in his post-match, we’ll seldom have a better chance to see off Arsenal at their place. Although the Gunners had their moments in the first half, we were well in control. To lose the match left a bitter taste and conjured up nightmarish flashbacks of the momentous defeat at Leicester in our relegation season.

For the first 45 minutes, we were more than comfortable with what Arsenal had to offer – Mings and Engels had Aubameyang well in hand, while Nicolas Pepe was reduced to foraging in deep areas. 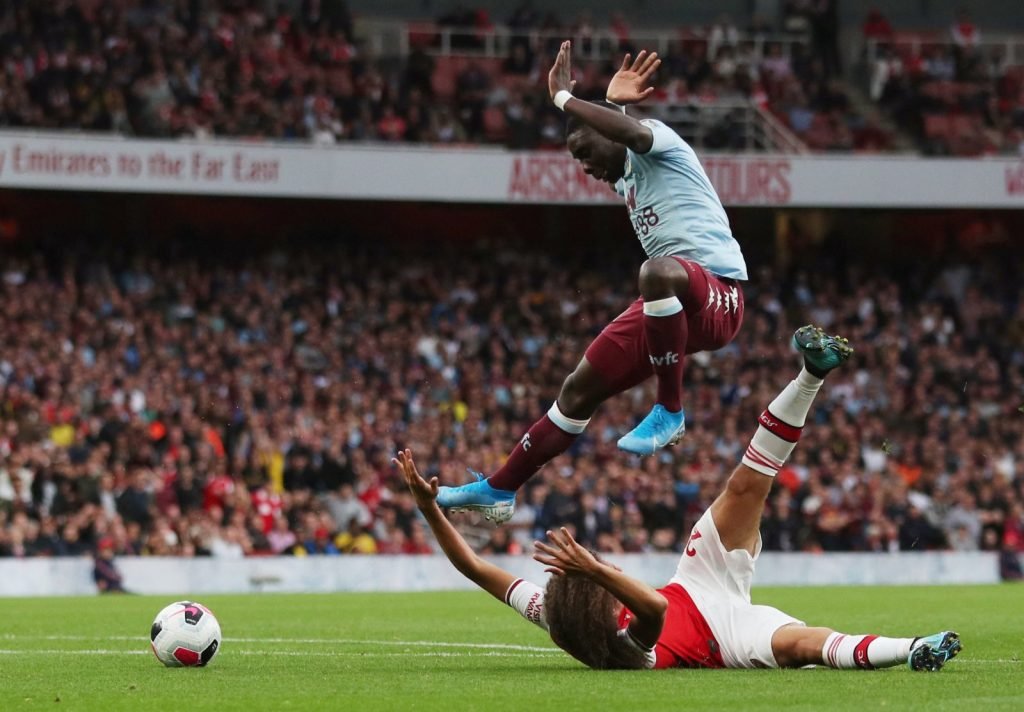 Marvelous was all over things in the middle and the Supers had the opportunity to do some damage in forward areas, which McGinn duly did when giving Villa a well-deserved lead.

Arsenal’s most dangerous player was the youngster Bukayo Saka on his Premier League debut, with the 18-year old winger causing problems for Frederic Guilbert down Arsenal’s left.

When Saka was sacrificed at half-time (for Calum Chambers, because of the Maitland-Niles sending off) Guilbert, along with most of the Villa faithful, must have breathed a sigh of relief.

But we reckoned without Matteo Guendouzi. As Villa reverted to type and sat deeper and deeper, arguably forced back by Arsenal’s relentless attacking abandon, Guendouzi took control of the midfield and turned the game on its head – we simply couldn’t live with his pace, drive and determination.

That said, all three of the Arsenal goals resulted from Villa’s defensive mistakes. A weak clearance from Engels led to the penalty, although Guendouzi should have been stopped long before the Belgian’s ham-fisted attempt to make amends for giving the ball away.

Quite why Tyrone Mings thought it a good idea to cushion a header to an off-balance Neil Taylor on the edge of the 6-yard box only he will know, while Engels again gifted Arsenal the ball in a dangerous area and conceded a poor free-kick which Aubameyang gleefully stroked home.

Pretty much the first two mistakes Engels has made all season and they were mercilessly punished. But this is the world we’re now in, and the sooner Villa wise up and lose the naivety, the better.

Putting the collapse to one side for a moment, we were in control of this game. Arsenal have a squad prime for the Champions League – we got promoted via the playoffs. We bossed the game for the best part of an hour, and without yet more abysmal officiating, we would have come away with at least a point from a ground where Arsenal are utterly dominant.

The big questions for me from Sunday’s game are this: why did we drop so deep as the game wore on when we were so damaging when we took the game to Arsenal? Although Arsenal piled on the pressure (even with ten men), we gave the ball away far too cheaply and never made them work hard enough, which invited the pressure we eventually could not withstand.

Secondly, why did Dean Smith leave out Douglas Luiz from the matchday squad? Luiz looked lively and competitive against West Ham last Monday, yet Deano said there were too many midfielders available and he preferred Lansbury (!!) and Hourihane to the Brazilian. That doesn’t wash with me, considering the efforts made to secure Luiz over the summer. Trouble at mill, or should we take Deano at his word?

(As a side issue, we looked spent as the game entered the last 10 minutes or so, ridiculous and unthinkable considering they were the side a man down. For years, we’ve craved our coaching staff having a full pre-season to get the fitness to the required levels, yet here we are in that very situation, and the players still look dead on their feet with time to play.)

Anyway, conspiracy theories aside, we have an opportunity to put things right against Burnley this weekend, ahead of the looming international break (surely not another one already?!)

As has been widely mentioned, our fight is not against the Arsenals of this world – our season will be defined by how we fare against teams like Burnley, Norwich and Brighton, our next three league opponents.

We can’t afford mistakes against our direct competitors and the cliché holds true that we have to make our home games count. We need to be aiming for 7 points from these matches, to boost confidence as much as anything, and demonstrate that we are learning from our mistakes and we’re better than our current league position suggests. 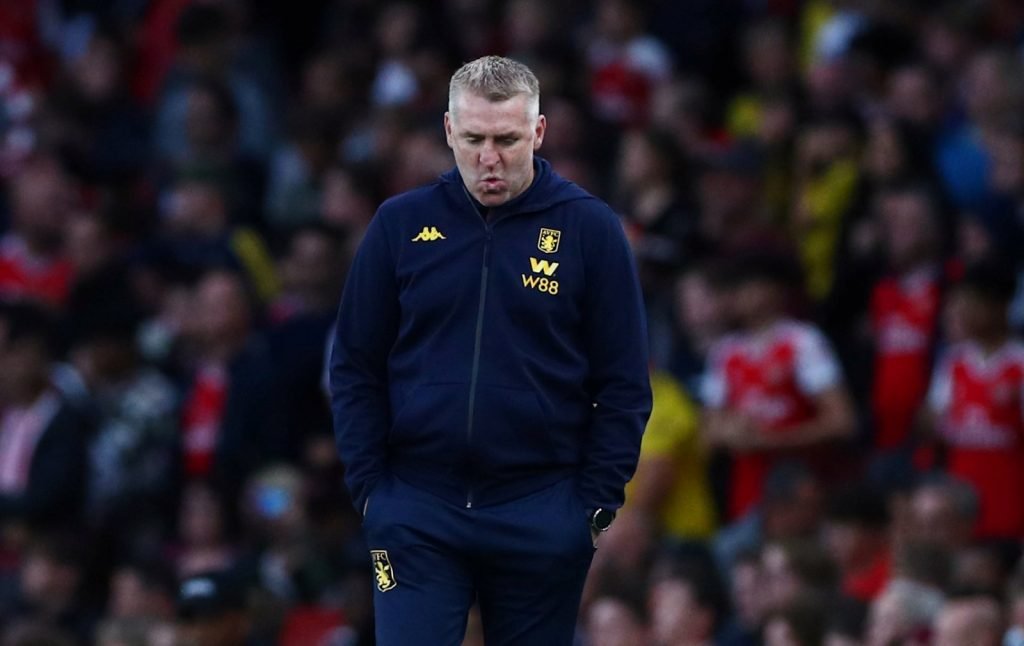 Incidentally, I’ve seen suggestions on social media (and indeed on the forum) that Dean Smith is on thin ice. Such observations barely dignify a response, suffice to say that he is going nowhere.

He elevated us to the Premier League from mid-table Championship and there are no flies on him – he will learn quickly what needs to be done, and he will make sure we are equipped for the challenges ahead.

Let’s take pause, take a breath and re-evaluate the situation at the next international break. Perhaps then we will have a clearer picture of where this season will take us? This is no time for panic and I just don’t believe NSWE and Purslow will make a false move.

Take a chill pill folks. It’s probably going to be a bumpy ride, but we’ll roll with the punches and come out fighting.