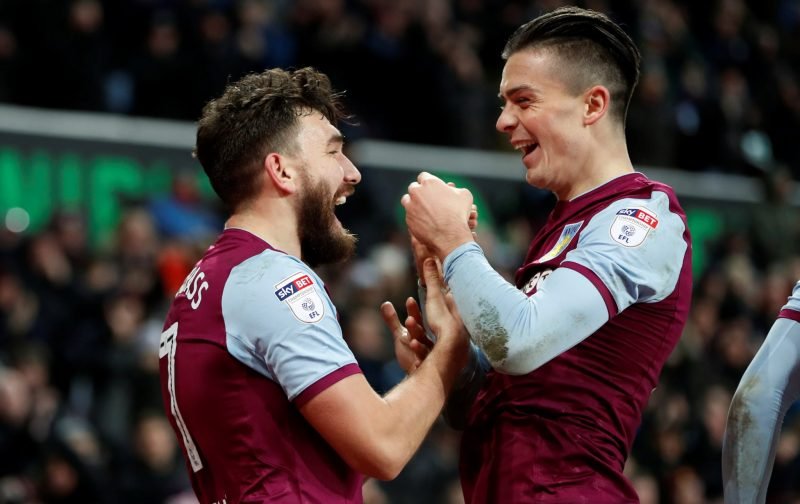 Aston Villa Academy graduate Jack Grealish has been in front of the AVTV cameras ahead of tonight’s match against Leeds United.

We welcome Paul Heckingbottom’s side to Villa Park later this evening for the latest Championship clash and the game kicks off at 7.45pm.

Villa go in search of another victory to bolster promotion hopes, but with Leeds sitting in 14th place in the table and the fact it’s Friday the 13th all bets are off given recent wobbles and losses.

Jack though is betting on himself (as he should) and he wants to keep his current goalscoring run going to make it three in a row. The short interview also sees him speak about fulfilling his dream of scoring a winner for the club at the Holte End.

With the vast majority being pleased with how he’s grown into the role this season under Steve Bruce, plenty will be hoping he has a bigger smile on his face later this evening.

A scoreline similar to below would certainly be welcomed!

What were your memories from this classic encounter? ???? pic.twitter.com/ZYQRtqI24c