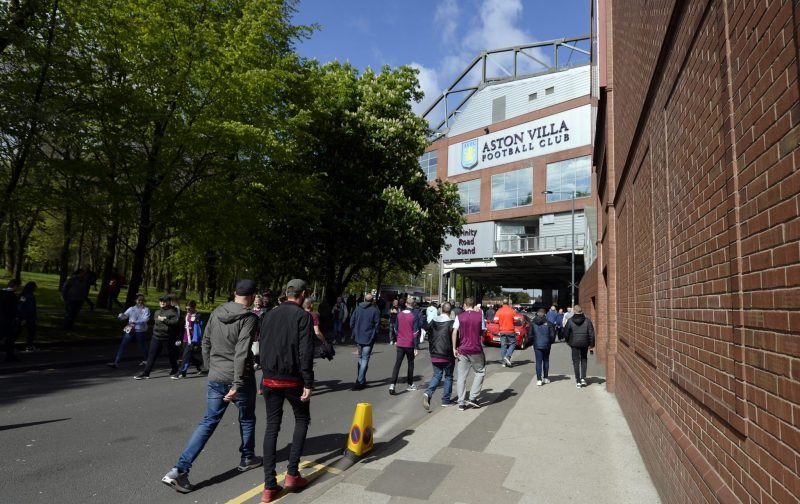 Following on from the The Aston Villa Fan Consultation Group 1st Meeting With CEO Christian Purslow – Minutes I thought I’d write a few articles on the meeting, the discussion that ensued and my views.

You can see the initial impressions of Christian Purslow (CP) here: Aston Villa CEO Says “There is a lot of wood to chop and we have started chopping.” The Long Term Future Of AVFC In Focus

One area that he was quick to dismiss, and totally without any of us in the Fan Consulation Group prompting, were the reports that the new regime at Aston Villa were looking to rename Villa Park.

His thoughts on the reports? (I won’t link to them, why give them extra page impressions?!)

He said the new regime are not looking to rename Villa Park and that they have a great respect for our history and heritage. In actual fact a splinter meeting is being organised because they want to consult more with us fans more about the history and heritage of AVFC. It is clear from talking with Paul Tyrrell, the newly appointed Chief Corporate Affairs Officer, that they can’t quite believe how poor they think Aston Villa have been in communicating what a great, history-rich, storied club we are.

CP did admit that if anyone wanted to sponsor the training ground, Bodymoor Heath, he would be more than up for the conversation but that there were no current talks in that respect. He also said that the Reckon branding at Bodymoor had been taken down as part of the initial takeover agreement between the new owners and Xia.

CP seemed baffled where the story had come from in the first place, but I can remember back at the time of the Randy Lerner takeover the exact same thing was reported and then later dismissed. It actually caused a storm back then, making the back pages and filling our forums with anger. I remember it well because a national reporter rung me for my reaction, I’d already talked to the guys representing Randy and knew it was a non-issue. Still, gave us some page impressions I guess!

Article by JPA about the issue from earlier in the year below, and forum thread here….

Could Villa Park Be Renamed – Everything Has A Price Surely