Villa Do Have Something To Cheer This Weekend 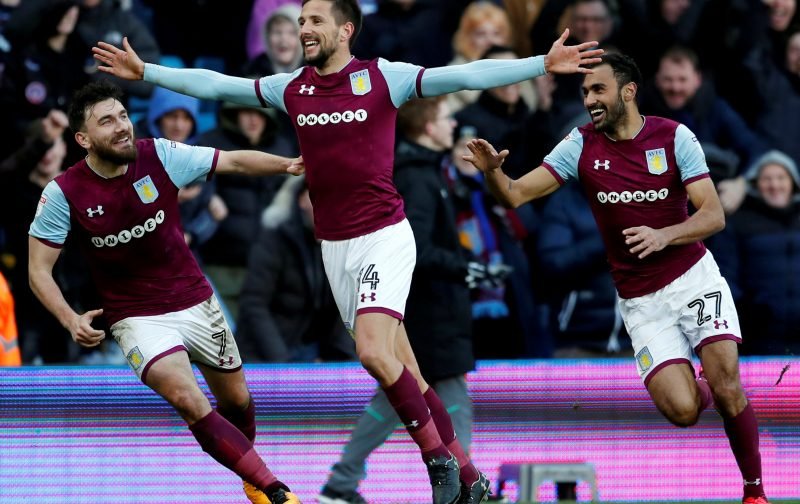 No, it has absolutely nothing to do with the pathetic performance and loss to Bolton Wanderers but one man can take note.

A certain Mr Hourihane found the net on February 11th in the derby clash against Birmingham City and his effort on the day saw him rewarded with the EFL’s Goal of the Month award last weekend.

The 27 year old former Barnsley midfielder made the switch to us over the summer for an officially undisclosed fee, but with 38 appearances under his belt and a return of nine goals he’s playing his part in our promotion push – even if he isn’t yet a fan favourite with consistency issues being the focus of many.

In any event, his goal against Blues in the Second City derby as he secured a two nil victory has been honoured.

He won 40% of the public vote to lift the gong and EFL Goal of the Month judge and Sky Sports pundit Don Goodman said of the strike.

‘What an incredible goal to cap a brilliant performance from Aston Villa in the derby, and one that continued the momentum of their promotion charge. Hourihane has made a real habit of scoring great goals from midfield throughout his career and the anticipation he showed to know where the ball was going to drop, the confidence with which he took this touch and the fierce dipping strike was no surprise to those of us who have seen some of his strikes in the past.’

‘It`s a very nice accolade to get, one I haven`t had before in my career, so big thanks to the fans for voting for me. It`s a huge game when we play Birmingham so winning was the most important thing, but to get a special goal at the same time was fantastic. I like to practice my shooting every day on the training ground and I`m a big believer that hard work pays off and you`ll get a bit of luck on the pitch.’

Conor Hourihane is the first #avfc central midfielder to score 9 league goals in a season since Gary Parker in the 1992-93 season? pic.twitter.com/0cLnbvMPgJ

With back to back defeats following the Lord Mayor’s Show against Wolverhampton Wanderers this is scant consolation as automatic promotion slips from our grasp, but maybe it’ll be the boost Hourihane needs to get into double figures and maybe change current ‘Play Offs are the best we will get’ perceptions.