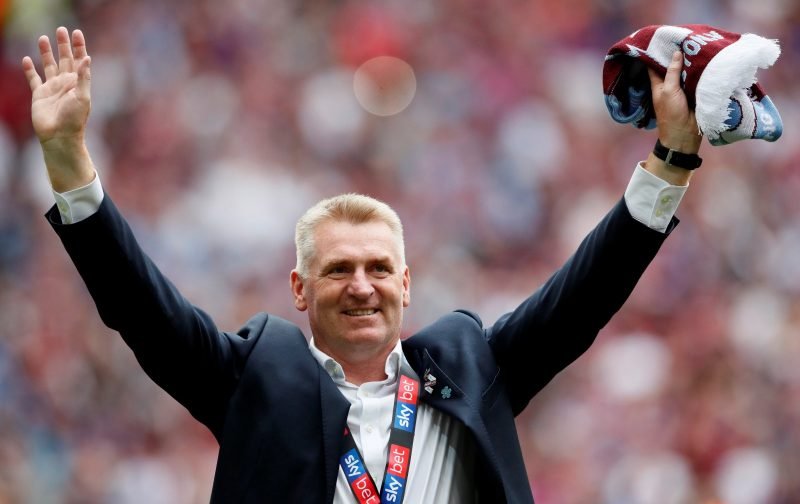 With thanks to Vital Villa forum member gmvillan.

For those who didn’t stay up to watch the game (like me), the live stream still appears to be active last time I looked for a replay – Click Here.

Well, after a good night here in Minnesota I thought I’d post my thoughts.

Target: solid but rarely troubled. Didn’t get forward as much as I expected, but didn’t do anything wrong.

Jota: looked very lively and technically gifted. Has a tendency to come inside from the right and was involved throughout his 45 minutes. I think he’ll link well with the Supers and I can’t wait to see how he links up with Freddy On that side.

Konza: looked a little shaky defensively although good on the ball. Had to rely on the Big Hause to get him out of bother a few times and wasn’t helped by a decidedly average Bree alongside him.

Wes: put himself about, moved well off the ball and was always available, whether it was runs into the box or playing back-to-goal. In that department, he looks like an upgrade on Tammy. We’ll just have to wait and see if he can score.

Freddy: my pick of the bunch out of the new signings. Aggressive, pacy, likes a tackle, and knows how to get forward and cross a ball. The second goal was all down to his tenacity and then putting a lovely ball in for Lansbury.

Engles: Didn’t play but was doing some work with the fitness coach before and after. Looked seriously impressed by the Villa fans.

Regarding everyone else, they all performed as expected to be honest. Jack is different class. McGinn is great. Bree, Keinan and Hogan were the three who looked like championship players and Andre still looks bereft of confidence. I think Bree will be 3rd choice or out on loan when Elmo comes back. Same goes for Keinan once Kodja returns. Keinan got himself into some good positions but always wanted too much time to shoot and got crowded out. Hogan did make a couple of decent runs, one which eventually led to the third goal after he got behind their defence, but I just can’t see him as Premier League player.

I was sitting in the corner and got to see Jed doing his thing. He’s constantly talking and directing and most of the fans around me all feel the same way as me – that he’s good enough. Anwar was lively and so was Bjarnason (who scored a good goal and could have had another). Lansbury looked up for it and his finish was very good. A bloke that I was chatting to in the pub afterwards was part of a group that had an informal Q&A chat with Deano earlier in the week and he (Deano) has high hopes for Lansbury.

Great to see Chester back in the team and his partnership with Mings looked very comfortable. The Emperor himself was dominant.

O’Hare looked decent. Drifted in and out of the game a little bit but was tidy. Taylor looked decent. Certainly an adequate 2nd choice left back. Kalinic was fine and distributed the ball well. Neither of our keepers were troubled much, bar one good reaction save from Jed.