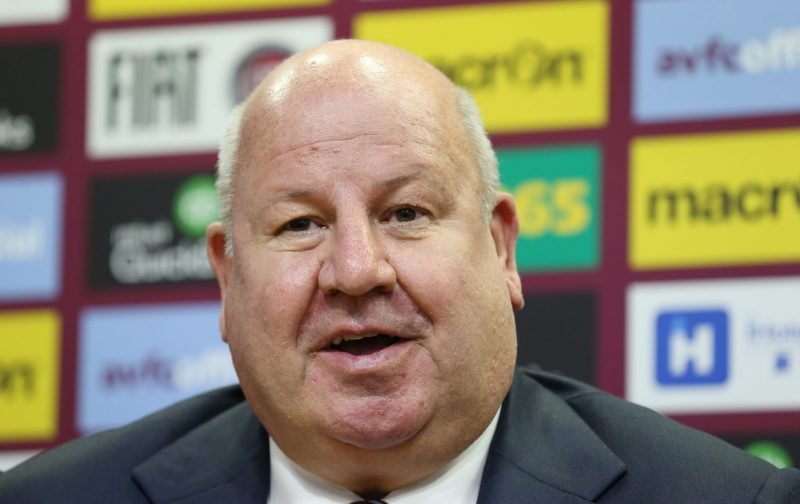 Just when you thought it was safe to come out from behind the back of the settee after Aston Villa failed to gain promotion via the Play-Offs back into the Premier League, any step forward in building some positivity ahead of next season seems to be followed by 12 sharp smacks around the back of the head.

With ongoing Steve Bruce speculation, ongoing Financial Fair Play concerns, nothing of any real note from the club as the press report Alan Hutton contract talks have been shelved despite being promised irrespective of what division we are in.

Oh yes, speculation about the likes of Jack Grealish and James Chester with departures expected as we balance the books and rumours of four potential takeover groups circling – albeit no bids in yet with Dr Tony Xia’s own future in doubt.

We have another doozy this afternoon and fans are simply perplexed.

A statement released on the Official Site within the last hour read.

“Aston Villa Football Club can confirm that Chief Executive, Keith Wyness, has been suspended by the club with immediate effect. Owner and Chairman, Dr Tony Xia will assume the role until further notice. There will be no further comment from the club at this time.”

Few seem to know any real details at the moment so it’s probably wise to keep mum at this stage, however.

Some more clarity on Aston Villa FC situation: the club missed a tax payment last Friday, and has been given a period (which I understand to be a week) by HMRC to make the payment or face a winding-up order.

That is the line being released in the press at any rate. It’s certainly not new in football for this to happen and Crystal Palace missed the deadline recently and it’s not expected they have any real issues either. Problem is, it happens more often with clubs in League 1 and League 2, rarely any higher but there are exceptions.

So it’s hard to read into this in terms of real trouble but that won’t stop fans worrying given the speculation doing the rounds already. It could be an oversight as we juggled life in the Premier League or Championship, it could be a whole host of things.

One thing it certainly isn’t though is attractive, the one take away is it looks like a shambles. I don’t need to provide examples from social media to prove that one.

Can the last person to leave Villa Park please turn out the lights.#shambles

Aston Villa are being reported as claiming the outstanding bill will be paid within the next 48 hours, which should at least take some of the panic off.