With Aston Villa ending their run of straight defeats in a credible scoreless draw with Leicester City this weekend, everyone had high hopes that we could now begin to end the season with a bit of a bang – but that was going to be easier said that done with a difficult trip up to Burnley and Turf Moor today.

Surprisingly, we didn’t need to worry as we started brightly and it was a very open game with both sides having good chances. Burnley may have shaded the efforts overall, but with Danny Ings putting the finishing touch to an Emi Buendia ball seven minutes in, added to Buendia getting himself on the scoresheet after being teed up by Lucas Digne, with 14 minutes left on the first half clock, we had a comfortable 2-0 lead.

So what did the second half have in store?

The first good chance of the half fell to Burnley but they totally wasted it, and we went straight up the other end and a lovely John McGinn delivery fell on the head of diving Ollie Watkins for a sublime third.

At 3-0 the game went a bit flat really. We had chances to extend our lead further, but Burnley didn’t really even threaten to get back into it.

A much better performance finally, but still plenty that can be worked on and improved, particularly how sloppy we were in the final ten minutes where predictably Burnley punished us as a simple bit of play split the defence and Cornet was clear through on Emi Martinez to make it 3-1.

But a win’s a win and it’s another three points. 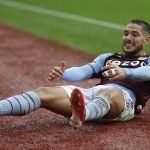 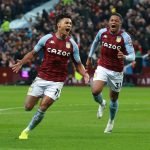 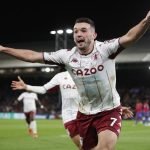 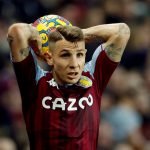