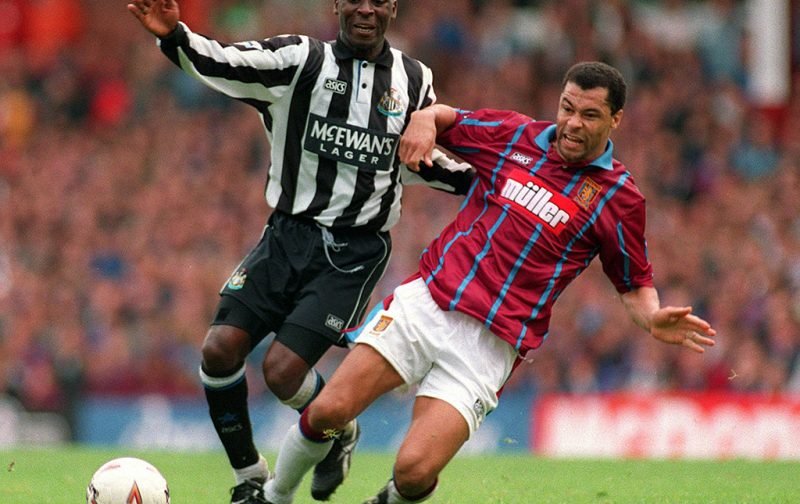 Earlier this afternoon, The Football Association of Ireland confirmed that Aston Villa legend (and God) Paul McGrath had finally been inducted into their Hall of Fame.

With notable spells with Manchester United and Villa during his long playing career, he made his international debut back in 1985, before finally hanging his Eire boots up in 1997. Across those years he won 83 caps, scoring eight times for his country and he was a key part of their more successful European Championship campaign in 1988, and particularly the 1990 and 1994 World Cups.

Ireland legend @Paulmcgrath5 talks about being inducted into the FAI Hall of Famehttps://t.co/Vh2xvZthWz

I’d imagine there’s not a single Villa fan out there who wouldn’t congratulate God on this achievement, if anything, I’d imagine the vast majority of Villans will be asking why it took this long to acknowledge him and would’ve assumed he was already in their Hall of Fame given his performances in green.

“I have to admit that I was a little bit star struck when I met Paul at Abbotstown to present him with Hall of Fame award – and I played with him! That just tells you the stature of the man. The word legend can be used very freely these days but Paul is just that, a legend of world football and not just an Irish hero. He was there for all the great days of the Jack Charlton era and it was a pleasure to play with him and be around him in those Ireland squads. Paul is a very humble man to this day and to meet him again was such a pleasure. He is one of the greatest players we have ever seen and his arrival into the FAI’s Hall of Fame is so well deserved.”