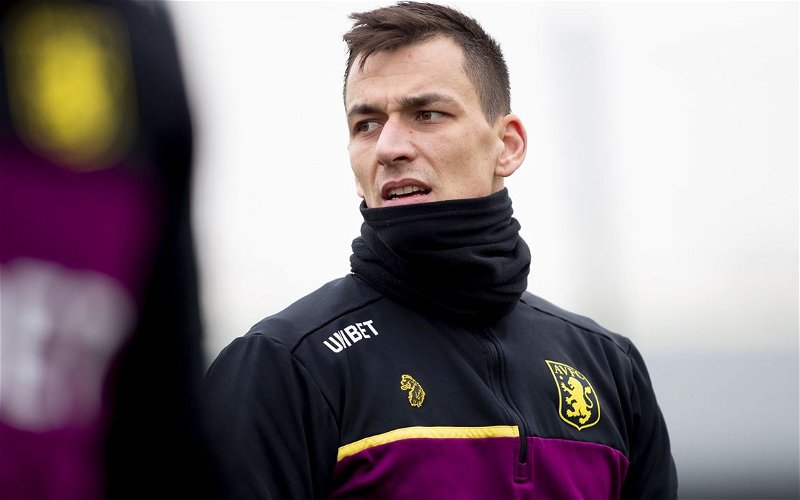 All eyes were on Wembley on Sunday evening as Aston Villa fans tuned into England v Italy in the European Championship Final. There was some news closer to home in the afternoon though, the club confirmed that Croatian international goalkeeper Love Kalinic had again returned to Hajduk Split on a loan spell that will expire at the end of the 2021/22 campaign.

Lovre Kalinić will return to Hajduk Split on loan for the 𝟮𝟬𝟮𝟭/𝟮𝟮 season. 🇭🇷

Following his arrival from Gent back in January 2019, the now 31-year-old stopper struggled to really settle at Villa Park and he only went on to make eight appearances in total for us, before then being shipped out to Toulouse and then, back to his former club Hajduk Split. With him reportedly being a top target back in 2018 where ultimately a work permit couldn’t be attained, his failure to make an impact is no doubt a source of disappointment for all involved.

With 14 appearances for his boyhood club in 2020/21, including eleven clean sheets, he’ll be looking to ramp up his game time significantly during this spell to get his career back on track as it’s quite obvious he no longer has a future at B6.

Fingers crossed it’s a sterling loan spell for him and next summer we can look to recoup a bit of our outlay. You would think this answers the question of whether or not we have a goalkeeper incoming.