Villa Set To Rip Things Up And Start Again But Is It As “Sustainable” As Xia Hopes? 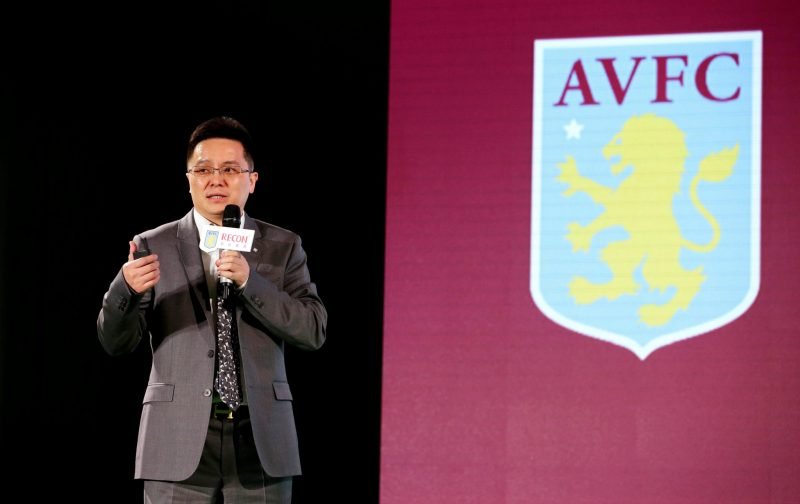 Sky Sports News‘s story that Leicester are contemplating a bid for Jack Grealish comes off the back of John Terry’s announcement that his time at Villa Park has come to an end. With the likes of Robert Snodgrass and Lewis Grabban unlikely to return following their loan spells, it means some of the core components that got us to the playoff final are being taken apart.

It really hasn’t been a good 24 hours, and the club statement from Tony Xia didn’t help matters either. What was likely to be intended as a call for calm and unity, the words he used such as “severe,” “overcome,” “challenges,” “fight,” changes” indicate a man who knows what is coming. A tough, tough summer.

One of the biggest issues around Steve Bruce and the club’s strategy to recruit experienced players and rely on loan deals means we have very little room for manoeuvre in the transfer market. We either rip out the heart of the team and start again, or we face the consequences of Financial Fair Play.

Severe fines, transfer embargos and even points deductions are possible down the road, so the alternative looks to be the only recourse. Xia makes that clear in what he outlines in his statement. A “rethink” is needed after two years of investment, and many more years of heading in the wrong direction. He wants us to be a “sustainable club”, but he doesn’t flesh out the detail of what that means.

Most likely it means relying much more on youth players. With the finances as they are, that was always going to be the case, but it looks like an austerity measure forced upon the club, rather than an inspiring, positive vision to start anew.

Of course, good things can come through necessity, but for it to work, you have to have the coaches in place, a set pathway to first-team football and a way of playing that runs from the grassroots at the academy right up to the senior side.

From the looks of things so far, the philosophy will likely be selling the players with the highest value and balancing the books first and foremost. With players like Grealish, Terry, Snodgrass and others absent, the question becomes, are we taking too much experience, know-how and talent out of the side that can’t be replaced?

If so, then you have to ask whether that is a “sustainable” approach at all. You may be demanding too much of the players that replace them to fill their boots. Of course, with financial pressures, we don’t have much choice, but a plan of action needs to put in place fast to ensure that the team that walks out on the park for the first match next campaign is well equipped to fulfil expectations.