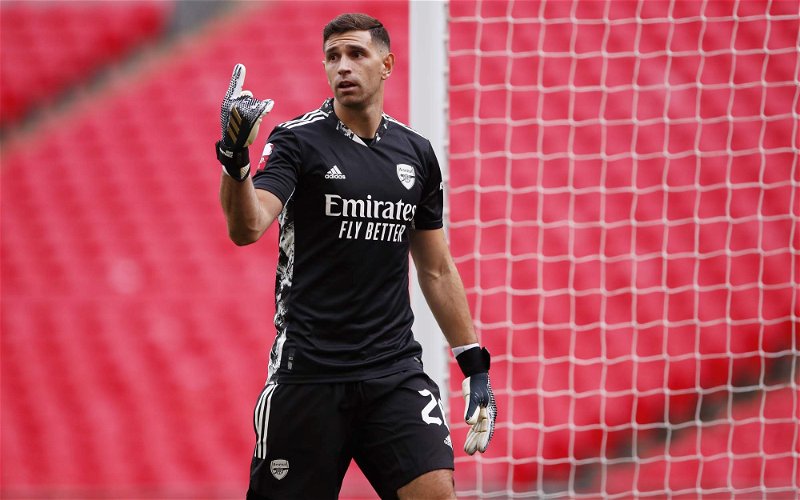 Aston Villa have seen a few regular names on the transfer window rumour mill this summer and unlike last season where the press didn’t appear to have a scooby about who we were targeting (most fans didn’t either) the arrivals of Matty Cash and Ollie Watkins may give the Emi Martinez speculation some grounding.

We’ve been linked with the 28-year-old Argentine international (uncapped as of yet) for a few weeks and as a backup keeper at Arsenal, he’s impressed plenty when he’s been briefly called upon. He did end 2019/20 as their Number 1 and he was between the sticks for the Community Shield at the end of August.

A report from The Mirror today suggests that our interest may be concrete as he’s now apparently turned down Arsenal’s latest contract offer with us apparently tabling a second bid of around £15million for his services. It’s believed Arsenal are holding out for £20million, but if a new deal does go unsigned that may tip the balance.

Undoubtedly head coach Dean Smith would like a more experienced set of gloves for the start of the season with Tom Heaton still working his way back to full fitness, but if we do move for Martinez (after earlier speculation linking us with Jack Butland) then it wouldn’t be a surprise to see Jed Steer move on and one of Orjan Nyland and Lovre Kalinic.