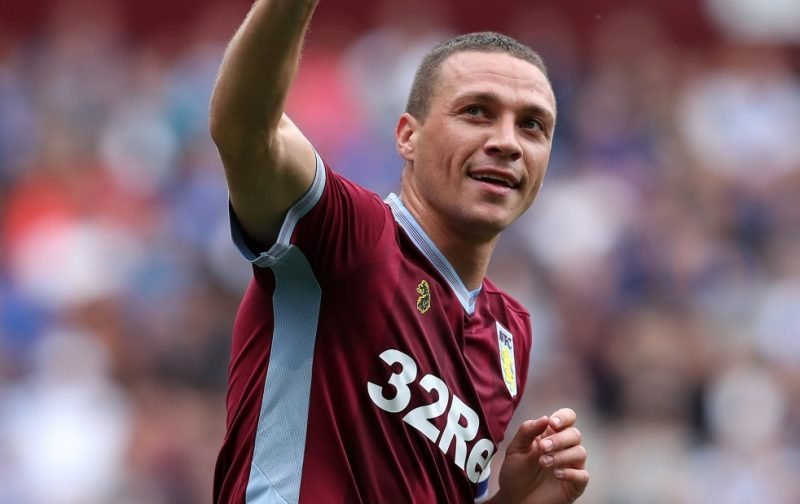 With Aston Villa’s Championship fixtures beginning to run out now in the campaign of 2018/19, head coach Dean Smith’s side are well placed in the Play-Off mix despite all the disruption we had this season.

Heading into the game this weekend against former manager Steve Bruce and his new Sheffield Wednesday side, they have outside Play-Off hopes of their own, but speaking to the media during the build-up to the game, Smith confirmed that despite the loss of Tom Carroll who has now returned to Swansea City to rehabilitate after hip surgery ruled him out for the campaign, we do have three possible injury boosts around the corner.

James Chester, Tommy Elphick and Alan Hutton have all now returned to light training at Bodymoor Heath and all three defenders could come back into contention before the end of the season as they now focus on building their respective fitness.

It should help with options, cover and competition even if we won’t see a lot of them during the run in.

Axel Tuanzebe and Henri Lansbury are also back in training as we know, and Lovre Kalinic does come back into Smith’s thoughts for this weekend’s clash following the knee issue he picked up on international duty.