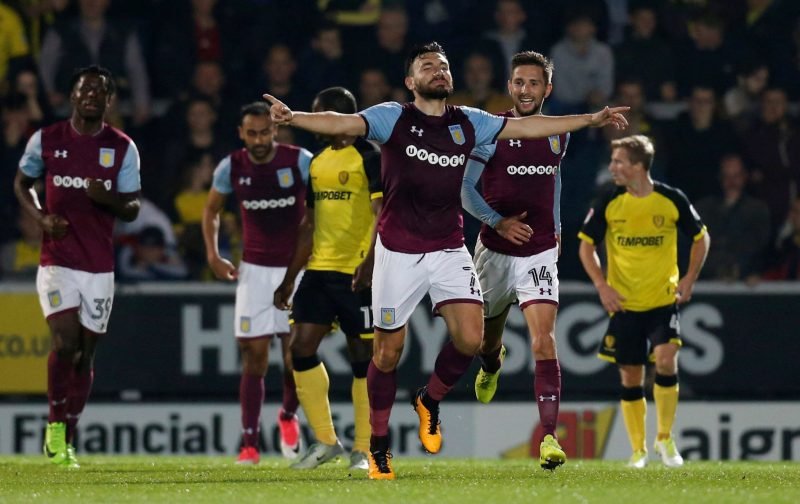 West Ham have yet to make up their mind up on the future of Robert Snodgrass, according to the Birmingham Mail.

Football.London reported that the 30-year-old was put up for sale early in the summer but Manuel Pellegrini has used the winger regularly in pre-season.

With the likes of Felipe Anderson and Andriy Yarmolenko signed to fill the wings, Snodgrass’s game time is likely to be limited, with players such as Michail Antonio and Marko Arnautovic also able to play out wide.

Steve Bruce is believed to be keen to recruit the Scottish international on a second successive loan spell, and the Birmingham Mail say we would be the frontrunners.

Considering Snoddy’s success whilst at the club, that is no surprise. The midfielder would likely be keen to join up with his former teammates once again.

However, the decision does not lie with the Scot. Pellegrini and the Hammers will make the call in the next 10 days, and most fans will be hoping that he’ll be allowed to return to Villa Park.