Villans reunited – but will Christian Benteke come to the party? 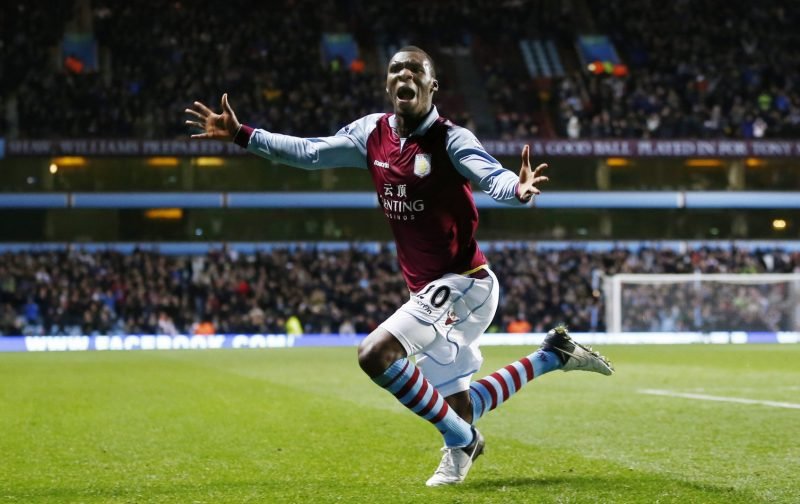 On Saturday we travel to south London to take on Crystal Palace in a fixture will give us a good handle on where we’re at as the dust settles on the opening exchanges of the new season.

Having finally got up and running with victory over Everton last Friday night, we travel to face a Palace side buoyed by an unlikely 2-1 victory over Manchester United at Old Trafford, ironically nicking the three points in ‘Fergie Time’ as United pushed for a winner themselves.

Palace’s opening goal was scored by our old friend Jordan Ayew, and they also featured former Villans Christian Benteke and Gary Cahill, who turned in a man-of-the-match performance on his Palace debut. Saturday afternoon will be quite the reunion, although none of the three ever played together in Villa colours.

Roy Hodgson’s side have not enjoyed much success at Selhurst Park of late – they have won only 5 of their past 20 Premier League games at home, and with a strong Palace line-up having tasted defeat on penalties at Colchester in the Carabao Cup on Tuesday, Villa will look to press home their current good form and return to Birmingham with all three points.

To say Benteke’s career has stalled since leaving Villa for Liverpool would be an understatement. More accurately, it has fallen off a cliff, smashed on the rocks below and been swept out to sea, perhaps never to be seen again.

The former Villa favourite is hideously out of form, having scored a frankly embarrassing four goals in 74 appearances (including 18 from the bench) across all competitions since the start of the 2016/17 season. He is unrecognisable from the player who regularly destroyed defences when he arrived at Villa Park from KRC Genk back in 2012.

Indeed, it is now almost 500 days since he scored for Palace at Selhurst Park and ironically, he was actually the last Aston Villa player to score there (back in 2014) when he memorably bullied and robbed Scott Dann on the halfway line before bearing in on the Palace goal and curling home past an unsighted Julian Speroni.

It would be peak Villa if Benteke was to finally break his duck on Saturday, or to suffer Jordan Ayew coming back to haunt us, or even Cahill to nod one in, such is the rollercoaster that is being a Villa fan.

But based on our performances so far this season and Palace’s poor home form, Villa can reasonably expect something from Saturday’s outing. Our head-to-head record against Palace is reasonable – in 43 previous encounters across all competitions, Villa have won 18, drawn 14 and lost 11 – and our last victory in south London was the 2014 match when Benteke scored the only goal.

Our overall record is not great, however. In fact, that match remains our only win there in the Premier League era and only our third win ever; to make matters worse, we’ve only managed to score 13 goals there in 20 matches – a woeful record.

Such is the optimism sweeping Villa Park at the moment that I fully expect to win this match. Palace will be no pushovers and possess dangerous power and pace in Wilfried Zaha and Andros Townsend, with the threat from deep of Patrick van Aanholt. But man-for-man, apart from Zaha and van Aanholt, I don’t think I’d trade anyone from the current line-up.

Safe journey to all those heading to London this weekend and here’s hoping we can keep Zaha and Ayew quiet and Benteke continues to misfire. Make no mistake, I take no pleasure from Christian’s appalling form and I sincerely hope he can kick-start his career sooner rather than later. But not as soon as Saturday afternoon.