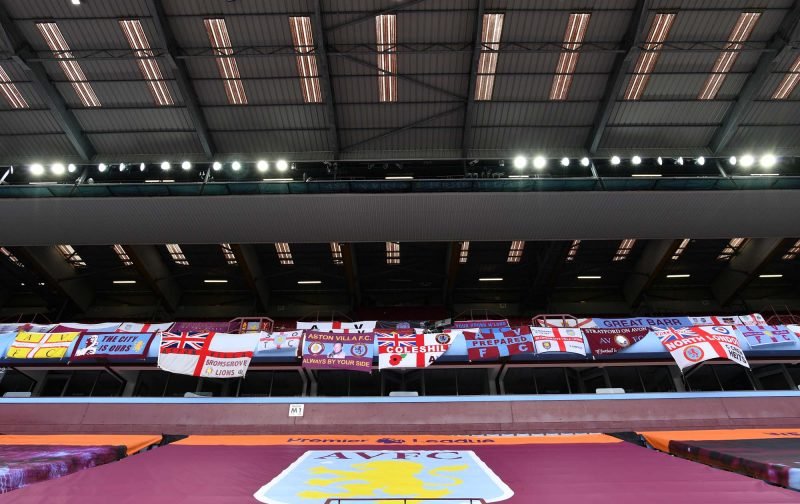 With some good and solid transfer window moves for Aston Villa, the obvious disappointment was losing Jack Grealish to Manchester City and that had already sparked plenty of debates about our future ambitions and where we would finish given the vast majority of fans were looking at European places even only a few weeks ago.

With nothing happening on deadline day other than loans out, where we now sit for the campaign is an even greater topic of conversation –
not least missing players for international duty, then Covid and missing more games through potential isolation.

As can be seen in Vital Villa’s Summer Transfer Forum Thread, some fans have big concerns now, but others see a bigger picture and feel solid midtable again would be a great step to better ahead once again.

Here’s The Fear’s thoughts post ‘won’t be name twice’ (shamelessly stolen from the thread such is my power).

Can’t tell, until the squad are fit and have had time to play. Then we can judge.

I’m in a minority, not sorry to see the back of the lad who left, I think he has a danger of burning out with his hype and what not, and £100m has put us in a seriously good position fair play rules wise, if we need to buy again in January, if this manager has enough to succeed for us this season OR if another comes in for next summer.

I think we have a mighty fine goalkeeper.

Our defence is stronger with Axel, albeit I do wish that was a purchase not a loan, I don’t really see it as building having loans. But with Hause, Mings, and my favourite of them all Konsa, that is a solid central defense that short of real bad luck, has cover for injuries. Full backs, we will see, Cash needs to push on and being young can/hopefully will, Targett if he plays like last season, all good. Ash brings in experience there also.

Buendia, as I keep saying, I have massive hopes for. I think he has the potential to have far better stats than the guy who left ever had. Hope that proves to be right. I think he could be magic for us. Fingers crossed.

Bailey I knew nothing of, but his cameo v Watford, made him look like he belonged in the PL and obviously same as all of you, have watched a few highlights and read a few articles. Big fingers crossed on this one.

Sanson coming back from injury, he’s never had a chance to impress as yet with us, hopefully he can (and yes, that is then like a new signing!)

I think bringing in Ings is genius. And I think him and Ollie can easily play together, Ollie often goes wide for the ball anyway.

Were they coming in anyway? I think so.

I have no ITK on that, but our lot don’t appear to want to stand still. I think that Christian Purslow’s video announcement of the departure of the lad who left, was all good, nice to make it clear the lad wanted out (my club, my city, my heart, can I go now?) and that they put in the clause to make the most of him/didn’t expect him to go for that. The only bit I’d criticise was it sounded clumsy that we’d bought three to replace him. But all in all, I was glad for the statement and how miffed he looked at the exit.

So that might have set us back. BUT he was being marked out of games, he was getting worse and worse for the ‘professional’ foul nonsense, and I like the fact we look like we want to stay on our feet and play now. We were over reliant, now we aren’t. Buendia has already showed he can set up goals, and score goals. Ings is a proven goalscorer. If Bailey is half as good as he looked v Watford in his short stint, then I think we have had a blinder of a transfer window.

I am sure they would perhaps have liked a central midfielder, but as others have said, looks like they are more realistic now, if they can’t get who would improve us, then wait until they can.

Have we been set back? I hope not actually.

If the manager doesn’t equal or better last season, then I would guess he might well face the chop. It is a results game. If we break into the top ten this season, then I would say this summer has been fairly successful. If Sanson can come good, or Luiz can push on then the midfield is decent.

Looking forward to seeing how we do, hoping we can up our tempo and urgency…over to the management team and the players.

COME ON YOU VILLA BOYS

On Board With A Longer Term Plan?

No, We Missed A Trick