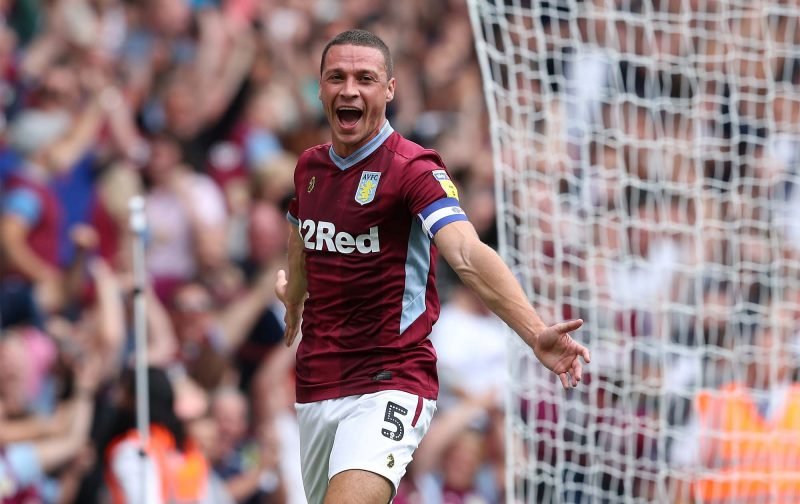 With reports, as this week came to a close, suggesting that Aston Villa had also made a move for Stade Reims centre-half Bjorn Engels, it was another deal that took everyone by surprise.

French outlet L’Equipe seemed to be the first to break our interest in the 24-year-old defender and it was certainly a strange one as he only signed a permanent deal with the Ligue 1 side at the beginning of the summer – he spent last season on loan with them making 35 appearances across all competitions.

By Friday it was being suggested that we had now already agreed a deal for the player and following the arrival of Ezri Konsa (who we assumed was the Adam Webster alternative, plenty wondered what it might mean for former skipper James Chester.

Are we switching to 3 at the back??

I suspect Chester is leaving or is too crocked now. And Konsa will be going back out on loan, if we really are after Tuanzebe & Engels#avfc https://t.co/gXF25fiNY0

Or Konsa is one to develop, 5 CBs is sensible and allows for a plan b of 3 at the back if needed

He is also very injured and my not be able to train or really play much so it’s sensible to not rely on a hobbled player.

Fans going on like we’ve got 20 centre backs.. we haven’t!

There were plenty more comments along the injury vain but that’s just reactionary from me, given given his own words he wouldn’t be the first player to manage themselves when it came to knees would it – God and Martin Laursen anyone?

If we are looking to move him on it’s simply that head coach Dean Smith wouldn’t see him as fitting his system, nothing more nothing less.