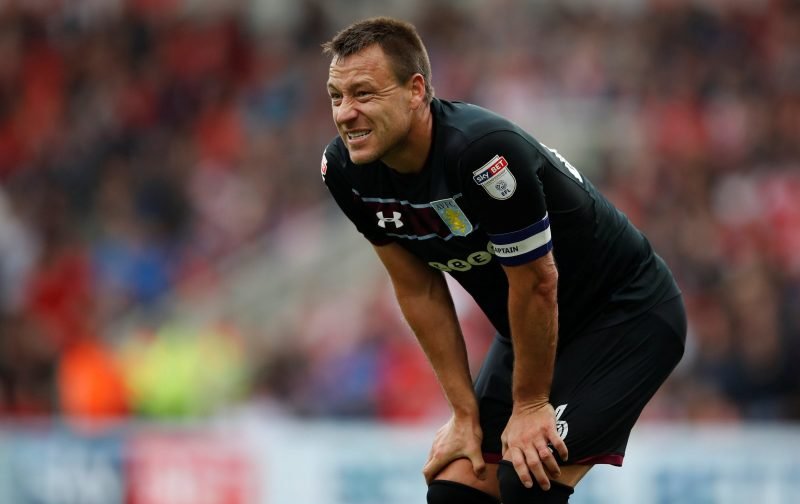 Aston Villa’s new coaching duo of assistant Richard O’Kelly and coach John Terry had their own moment in front of the media and official club channels yesterday as they spoke about their arrivals at this club with head coach Dean Smith.

Focusing on the Terry side of life for a bit given our clear and obvious problems in the centre-half position at the club given the lack of forethought that left us with a complete lack of balance over the August transfer window as our defensive targets failed but we still allowed Tommy Elphick to depart on loan, many fans had hoped that Terry’s return to the club would also see him return to the pitch – at least until January when we could strengthen the position further and allow him to more focus on his role as a coach.

Speaking to the BBC he explained that whilst a head coach role in his own right was the ultimate aim, he felt he was 4-5 years off that and his only focus now is on learning.

That does mean no playing return though, which will disappoint people.

“As far as playing is concerned, that is done – that is my previous life. This is a new chapter for me and something I am really looking forward to.”

Would he change his mind, but more importantly really with the last solid playing sniff being CSKA Moscow, is he even up to speed if he wanted to change his mind?