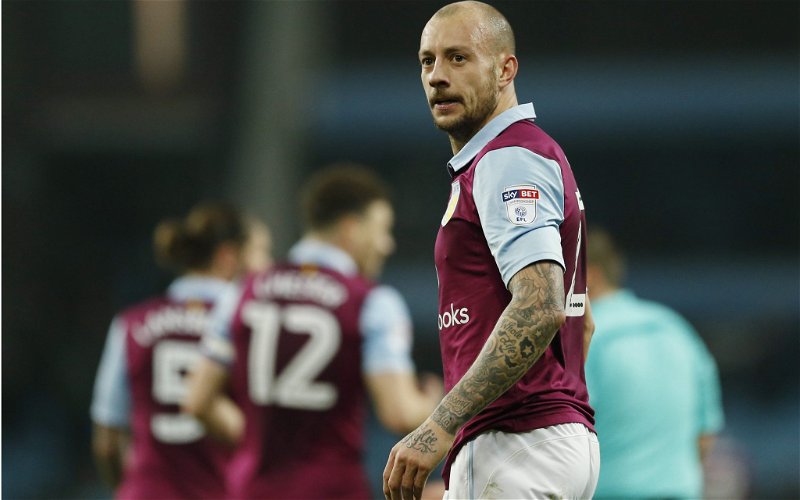 Former Aston Villa and Scottish international right back Alan Hutton has pivoted into punditry since failing to find himself a new club following his release at B6, and he’s now a regular commenter on what’s going on at the club as we returned to the Premier League for the campaign of 2019/20.

Although football is understandably paused at this moment in time with bigger things for everyone to worry about than 22 men kicking a ball around (and each other when they can get away with it), the pause itself gives us plenty of time to reflect on what we’ve seen from head coach Dean Smith’s side in our 28 games so far.

Thoughts are naturally mixed on the survival topic, and to simplify the two camps, I can say ‘we’re in the relegation zone’ and then ‘our game in hand could see us up in 16th place’. That doesn’t mean even the more optimistic don’t share very valid concerns about our form, style of play and the fact it seems our confidence and battle had eroded.

Will Football Return In June?

It's Possible If Behind Closed Doors

What I think the majority would agree with though, is in terms of wide play, it’s been a disappointing year – and I don’t just mean Jack Grealish shoehorned out on the left where he’s far less effective.

24-year-old Anwar El Ghazi is very hot and cold again this year, but even allowing for him making the step up, he’s chipped in with six goals and four assists across all competitions. 25-year-old Trezeguet has had a more mixed year (although granted, far more to adjust to) with four goals and only one assist to his name.

Each has their own strengths and weaknesses, and are those who argue if we could combine them, we’d have a hell of a player on our hands.

Speaking to Football Insider, it seems Hutton agrees with the criticisms levelled in both their directions, particularly El Ghazi, as he knows first hand how good he can be.

“I probably wanted a little bit more from the wingers, to be honest – the likes of Trezeguet and El Ghazi. As well as I know El Ghazi, I know everything that he brings to the table, but it’s just that sort of winger-ness. It’s winger-ness. They’re in and out of games and it’s all about confidence when you’re that type of player. If you’re struggling, you’re going to struggle, that’s just a fact of the matter, that’s what happens.”

Let’s hope when football does return, both players will the fans back over ala Hutton’s eventual resurgence.