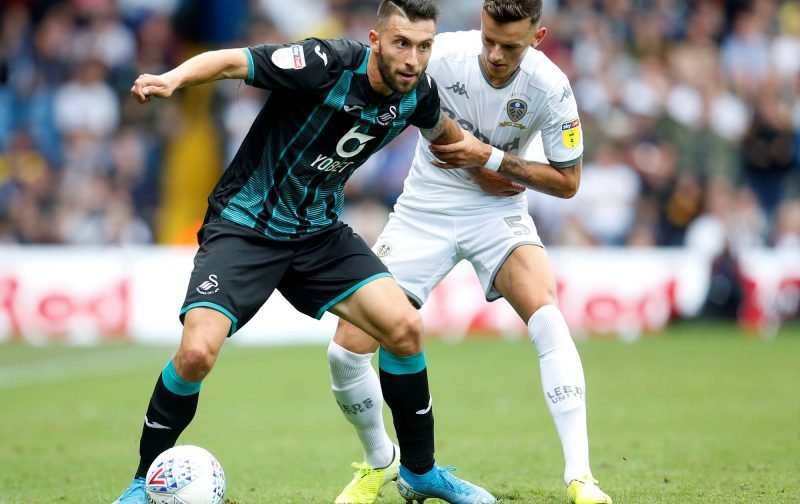 With speculation earlier this evening linking Aston Villa with a short term move for Swansea City striker Borja Baston, the club confirmed that the deal had gone through ahead of the 11pm closure of the January transfer deadline.

Breaking news brought to you by @eToro.#WelcomeBorja #AVFC

The 27-year-old Spaniard comes into B6 as a free transfer having scored six times for the Liberty Stadium outfit in 21 appearances so far in the 2019/20 Championship campaign. The former Atletico Madrid player has a decent record across his career although undoubtedly his spell in Wales (which has seen two subsequent loan moves) could’ve gone better.

As we’ve all seen though, the battle for striker signings this month has seen some ridiculous moves and ridiculous fees agreed to, so Baston – much like Mbwana Samatta – has to be considered a bargain.

How much so, depends on his contribution now.

At least we have more depth upfront as we look to see out the campaign and secure survival and all in, it hasn’t been a bad window really all things considered, especially as our plans must have been disrupted by our recent injuries.

All eyes to Wembley and May now!

Welcome to the madhouse 👏🏻 we are behind you. 💜💙

Welcome. Work hard, give 100% and the fans will love you #utv #avfc

Sensible On A Free

Surely There Were Other Targets

“Confident” – Smith Expecting A Busy Week For Villa In The Market