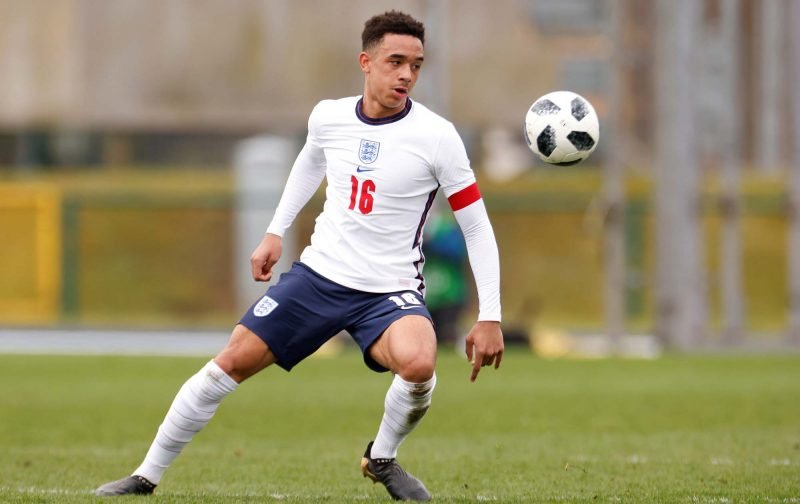 Having been with the England Under 19 squad during the international break, much earlier today, the club confirmed that the 18-year-old had now been drafted into the Under 21 set up for their game on Tuesday against Kosovo. He’ll team up with colleague and ‘bro’ Jacob who had already been named in Lee Carsley’s squad.

.@AaronRamseyx has joined up with England U21s ahead of their UEFA U21 EURO qualifier against Kosovo at Stadium MK on Tuesday.

Then later on in the day, Aaron found himself named on the shortlist for August’s Premier League 2 Player of the Month trophy.

Having scored twice for Mark Delaney’s side last season, Ramsey has picked up where he left off, already netting twice so far in the 2021/22 campaign with two games played. Ramsey scored our first as we came back from 2-0 down to take a 5-2 victory over Nottingham Forest, and then he scored a freekick in our 2-1 victory over Middlesbrough.

2️⃣ #PL2 games.
2️⃣ goals.@AaronRamseyx is up for the Player of the Month award. 👏

With a fantastic full debut for head coach Dean Smith in our comfortable EFL Cup victory over Barrow the other week, this could well be a massive season for the youngster.

Aaron Ramsey is the future man what a star

Unreal for both Ramseys to be called up! Big futures!

Such a baller massive potential