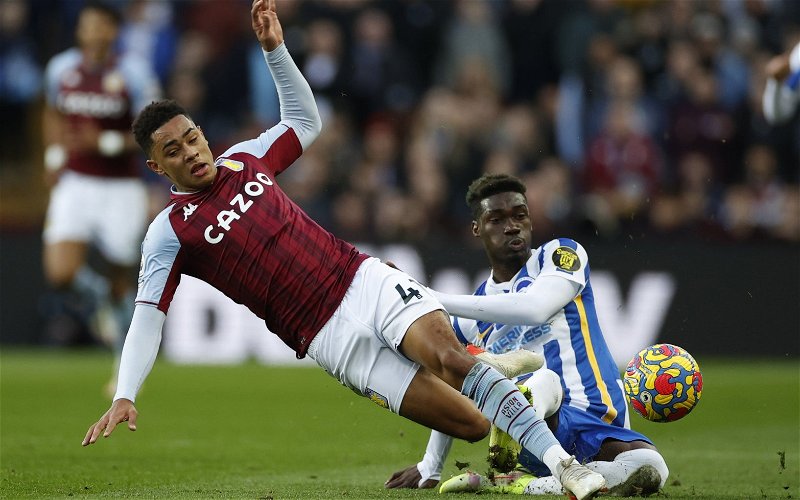 Plenty of Aston Villa fans have long had high hopes for brotherly Academy duo Jacob and Aaron Ramsey, and 20-year-old Jacob has significantly stepped up this season when it comes to proving his potential.

"First goal at Villa Park in front of the Holte End, coming through the Academy, it's what dreams are made of." 💜 @JacobRamsey28 pic.twitter.com/8BPjQcna9H

Having been relied upon heavily by former gaffer Dean Smith, Ramsey appears to have had another shot of confidence following the arrival of Steven Gerrard and he’s continued to be a regular in the starting XI.

To date, Ramsey now has 47 senior appearances to his name, with 19 of those coming in 2021/22 and having opened his goalscoring account for us in October’s clash with Arsenal, he added his second in our victory over Norwich City, before making it three on Saturday as we fought back for a point against Manchester United. He also registered his first assist for the season in the game, so whilst he still has to work on his consistency, there is now a better end product at the end of his efforts.

Having come through our ranks, Saturday’s goal will undoubtedly go down as his favourite so far, particularly as it came in front of the home faithful at The Holte End. Speaking to the Official Site following the tie, you could tell what it meant to him.

“My first goal at Villa Park in front of the Holte End. Coming through the Academy, it’s what dreams are made of. I’ve grown up watching Coutinho at Liverpool and Barcelona too. To assist him on his home debut, his Villa debut, and to score – it can’t get much better than that.”

Hopefully this is just the start for Jacob as there is plenty of improvement he can still make in his play, but he’s already showing his worth and a number of fans have already noticed that when he’s on song, the team generally perform better as well.

Could well be a shining light in years to come, and with Aaron now out to hopefully get proper experience, we might see them lining up together in the distant future.

From a slow start in the first you were everywhere in the second. Maintaining performances like that and you’ll absolutely smash it. Wishing you well 🟣🔵

A🌟 in the making this kid, a huge career ahead of him. Sounds like Lenny Henry interviewing him 😂 also love seeing Coutinho still going at it in the background 🏃 great time to be a Villa fan UTV!

What a player he is becoming. And to all the Villa fans that doubted him 🤦🏼‍♂️ now he’s the name on Villa fans lips.

The way he picks the ball up and breaks through the lines is quality. Just needs to slot some killer balls and a bit venom on the shots and he's going to be unreal

Exactly what dreams are made of 🥰