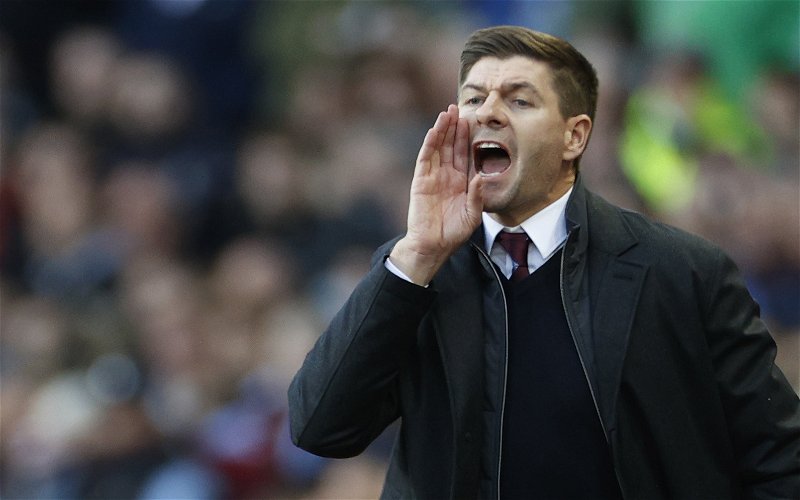 Following the appointment of Steven Gerrard as Aston Villa’s new head coach as he replaced Dean Smith after a run of poor form, the media have had a veritable ‘wet dream’ over his eventual return to Anfield as our new gaffer – and then the endless ‘he’ll take the Liverpool job in the future’ narrative that fans have had to put up with.

That certainly hasn’t got any easier this week as it is Liverpool up next on Saturday and if we ignore some corners of the press where Aston Villa don’t seem to exist and it feels like Gerrard will be taking on Jurgen Klopp’s side single handed, it could be quite a tasty game for a number of reasons.

Gerrard has correctly been saying all the right things in the build up to the game, and despite his obvious affinity for his former club, in everything I’ve seen and read, you can tell there’s a clear determination from him to cause an upset and try and do everything he can to come away from their stadium with all three points.

With Villa tending to raise our game in matches like this, whilst it would take a brave man to predict another 7-2 stunner, there will be plenty who are quite optimistic ahead of this one.

Speaking to the BBC as he met with the press ahead of the game, Gerrard explained.

“If I’m on the bus heading back down the M6 towards Birmingham and I’m not the most popular at Anfield, so be it. The noise is for other people to get excited about, for me it’s about preparing the team in the best way I can to try and get a positive result for Aston Villa. Everyone in that stadium will know me well enough to know what I’m about and what I’m going to Anfield for.”

“I’m going back to a club where I spent many years and it brings a smile to my face for a couple of reasons. One, I’ve got a good relationship with a lot of people at the club. I had a fantastic time there, a really good journey, I’m a local boy. It was the team I supported growing up and I will always support that team. But at the same time it brings a smile to my face because I’ve got the opportunity to go there and compete against a good team and a good manager and try to win the game. That’s my only focus.”

With an uplift in form following his arrival, I’d more than take a draw here and see a performance that shows we are moving away from one ‘bad’ half and one ‘good’ half and gaining some greater consistency.