“What? Sammata?” As Villa Return To Belgium For Ebony Shoe Winner 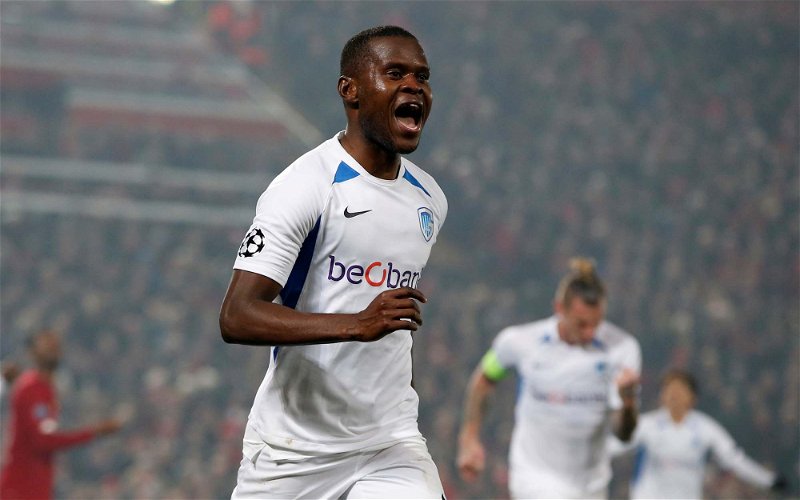 Aston Villa’s transfer dealings over the summer were largely left field as we looked to rebuild our depleted squad ahead of our return to the Premier League and we’ve definitely see a few hits and misses so far, so with reports saying we are close to striking a deal for Genk attacker Mbwana Samatta, plenty of fans will be keeping their counsel.

The 27-year-old striker doesn’t have a bad record in front of the net from what I can tell but there will be questions about whether he can step up to the rigours of the Premier League in a way that summer capture Wesley didn’t.

He does have 56 caps for his country, Tanzania though and he’s found the net at that level, and he’s also skipper for club and country – and for the £10million – that’s got to be worth a gamble, especially in our situation.

For those that don’t follow Belgian football closely, Samatta did find the back of the net against Liverpool in this year’s Champions League group stage, but work permit issues mean he will not be eligible to make his debut against Brighton and Hove Albion this weekend which is a bit of an annoyance.

The BBC report repeats that we are willing to let Jonathan Kodjia go and continues to link us with a second striker move, with Islam Slimani the favoured name at this stage – they also quote head coach Dean Smith as saying.

“There is a necessity there. With Wesley getting injured and Keinan being out we have to strengthen massively so we are looking for a couple.”

Let’s hope it’s someone in time for Saturday, presuming this deal goes through as it isn’t confirmed yet.

On a gamble front with Samatta, the Ebony Shoe element is an interesting one as per Deano on the Vital Villa Forum.

That’s got to be reason for hope hasn’t it.

Yes, With Another More Proven Striker As Well

No, We Should Be Aiming Higher