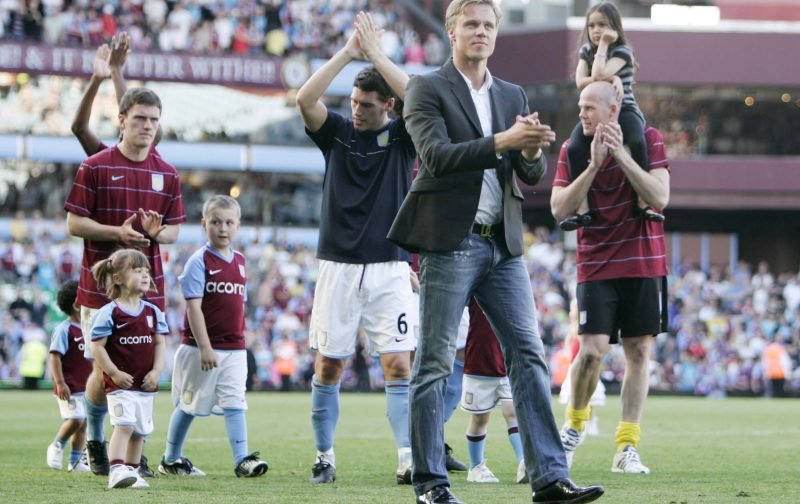 In Saturday’s Championship clash between Aston Villa and Blackburn Rovers, the fans were treated to a rare visit from former players Juan Pablo Angel and Martin Laursen.

Plenty of fans were happy to see both and they each spark memories of better times for differing reasons, and with Tyrone Mings already more than warming to fans hearts, he couldn’t resist an opportunity with our former Danish rock.

Had the chance to meet this legend after the game yesterday so of course I had to ask for a pic ???? #AVFC pic.twitter.com/hNzj0J8jRX

In an interview with the Birmingham Mail following the game, Laursen clearly misses us, as we miss him.

Having arrived from AC Milan back in 2004, his time with us was brought to an end in 2009 with injuries significantly hitting him, yet with just over 90 appearances to his name, he had already won the legend tag for many.

A decade on, there are those who have wanted him to return, alongside Olaf Mellberg, on our coaching staff given previous manager merry-go-rounds but Laursen feels it’s ‘unbelievable’ that we still hold him in such high regard.

“It is unbelievable that after so many years people remember me. I know they think we have done well and we probably have. But it is only here in England people are so good at remembering that. We are obviously honoured and proud of it. I love to feel that appreciated by the fans. It makes me proud. This is where I enjoyed it most.”

I find it unbelievable we wouldn’t remember him!