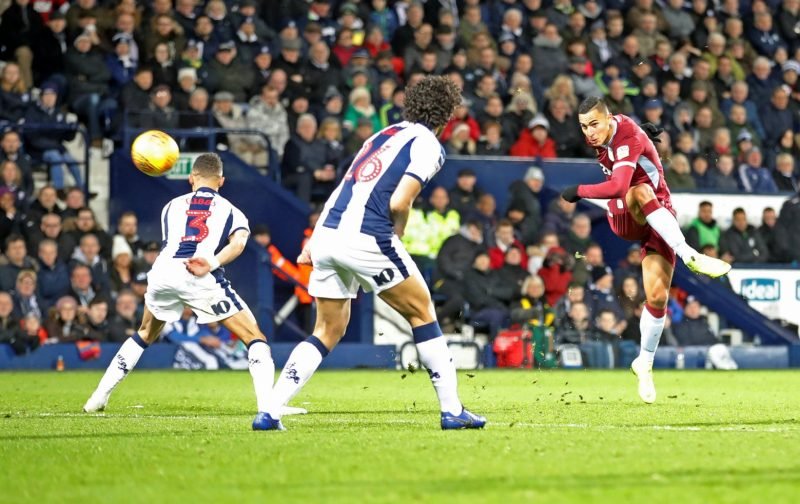 Villan57 gives us his match ratings for the robbery at The Hawthorns. See more in the Match thread….

A Draw away at the Baggies and it feels like a loss. We expect to win these days don’t we lads? Robbed by a blind ref and his totally incompetent linesman. We played very well again and deserved a win I thought, Scores on the doors below :

Nyland: 5 Frightens me everytime the ball goes near him. Should have got the second one handball or not!

Hutton: 7 Played well but was at fault for their first goal but he was not alone,

Taylor: 4 Weak link, we actually looked better without him, roll on January. I think he was glad to get off.

Axle T: 7 Did well really cool on the ball, perhaps too cool at times. Looks the part.

Chester:7 Much better when he does the basics, Back to his best?

Hourihane: 7 Fine when he was allowed the freedom of the Hawthorns to tap it about when the going got tough and he was pressured he flapped.

Grealish: 7 Ordinary game by his standards, Laid one on GB a plus for that. Never frightened to have the ball no matter where he is. Subbed after another knock.

McGinn: 7 Here there and everywhere, unlucky with the shot that hit the post. Faded a bit late on but the work he puts in is phenomenal,

El Ghazi: 8 Got to be MOTM for me just for that goal alone, he looks some player. Defends by attacking!

Abraham: 7 Worked hard to get in good positions but poor finishing cost us a win, not his day another day and he’d have taken the match ball home,
Bolasie:7 Bit of an in an out game some great play and some sloppy play by his standards,

Elmo: 6 He’s a steady player and we looked better with him rather than the hapless Taylor
Koj:5 Not on long and never got up to speed.
Whelan: 6 Just slotted in, very useful squad player, not on long.

Smith: 8 Got it almost right, robbed by the referee

Image of the linesman from last night has just been released. #avfc #utv pic.twitter.com/JRbvd5sotf

Join us in the Match thread….

You can rate the players as well: