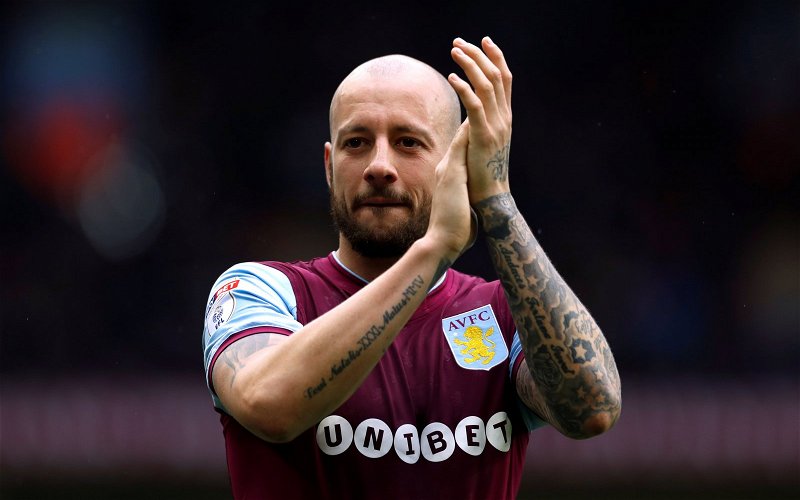 Aston Villa right back (sometimes left back) Alan Hutton has had a mixed spell at the club when you look back at this years with us following his arrival from Tottenham Hotspur back in the 2011 summer transfer window.

To date, he has just over 200 career appearances to his name in our shirt and although he’s been on more of a high in recent seasons with his efforts and commitment seeing praise from the fans, it hasn’t always been the case as Paul Lambert made him an honorary member of the Bomb Squad and then various managers farmed him out on loan spells.

The 34-year-old Scottish Cafu kept bouncing back though and every time it looked like his time at Villa Park had come to an end, he found a new lease of life. Even taking a pay cut the other year to extend his time with us once again.

It seems the summer will see the curtain come down on his long stay with us as head coach Dean Smith looks to revamp the group and the club, but Hutton made his return to the pitch after injury and wore the armband in the clash against Norwich City, so for many he’s got the send off he deserves.

why am i emotional

Good luck today hope your last league game is great thank you for what you've given us and showing what a professional you are!