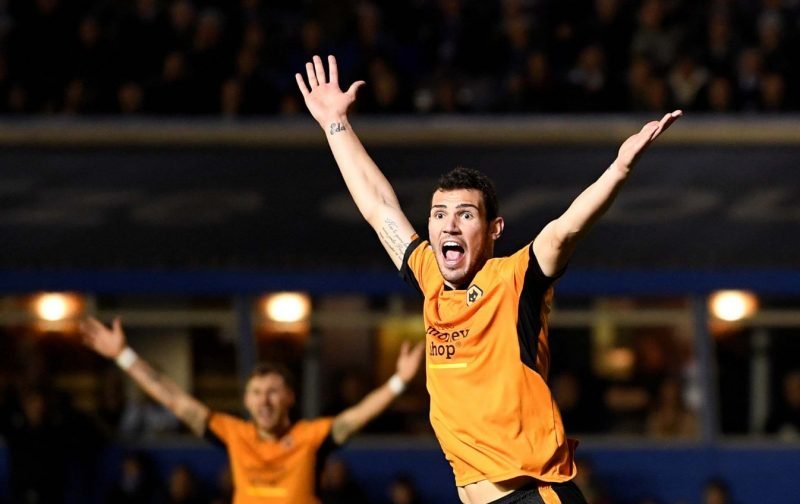 I know we’re knee deep in football’s silly season and the press are awash with largely dodgy transfer rumours, but even allowing for some exaggeration owing to the believed financial state of Aston Villa, I really can’t see this being anything but agent led guff.

The Birmingham Mail via some a Tweet report, latched onto the suggestion that Villa had been in talks with Al-Hilal over striker Leo Bonatini.

The 24-year-old Brazilian striker was with near neighbours Wolverhampton Wanderers last season and he scored 12 times in 31 starting appearances (16 substitute showings) but his last goal for them came in their clash in early December against Birmingham City. He started the season very brightly as I’m sure fans remember, but he certainly tailed off in terms of his productivity as the campaign went on and ultimately Wolves decided against making the transfer permanent.

The Mail say this translates as:

“A tentative agreement for the transition of الهلال Leo Bonnatini’s attacker to the Aston Villa English league first class.”

Even allowing for the departure of Lewis Grabban, next season we’ll have Jonathan Kodjia back fit and firing. Then there’s Scott Hogan, Keinan Davis and Rushian Hepburn-Murphy to consider. They give us target man, and pace options so Bonatini wouldn’t even plug a gap. We don’t play to Hogan’s strengths so Bonatini would struggle on that front as well.

Of course, we can factor in potential speculated sales, but even then with how Bonatini’s form slipped, wouldn’t Grabban again become a better option and offer more with greater proven reliability at this level.

Bonatini has talent and could be a good striker at this level, but I can’t imagine Villa signing anyone this summer that ticks the ‘potential’ box but carries a risk of not hitting the ground running. Whatever happens off the pitch, short of a complete implosion and a player exodus, as soon as that first whistle comes most fans will continue to expect another shot at promotion and for Villa to go one step further than the Play-Offs and get a top two spot.

It’s not a summer for gambling with transfers and Bonatini would be a gamble.