Why Villa Could Spring A Surprise On Jokanovic At Wembley 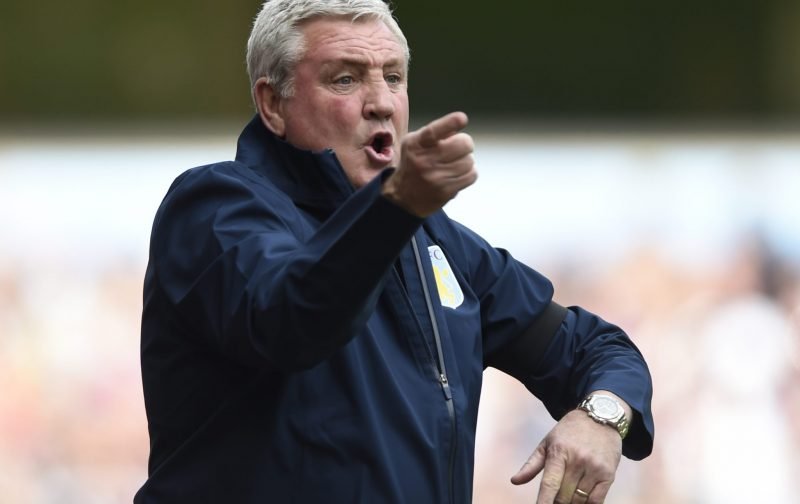 It looks like the team are raring to go based on what Steve Bruce has had to say about the training sessions this week leading up to the final.

Managers don’t generally mention in detail what goes on during training, but it seems the boss was taken aback but just how competitive things were getting.

It is certainly no bad thing as Bruce says himself. Controlled aggression is something that could prove absolutely invaluable at Wembley. If we are to press Fulham high up the pitch and harry our opponents, everyone has to be on their game.

Of course, there is little point in losing too much energy or risking injury during training. The manager was right to cut the session short, but there are certainly some good signs.

Unlike our opponents, who will have a set game plan and rely on the same eleven week in, week out, we have the ability to change things up and be a lot less predictable than they are.

They would have seen us play a pretty conservative game in both matches against Boro in the semi-finals. Slavisa Jokanovic’s own words kind of sum up what he thinks of us:

“Aston Villa are an organised, good team. They’re in the final because they deserve it. Steve Bruce knows how to protect his defensive line, but we know we can put them under pressure and cause damage.”

“We are the younger team, with more energy. We believe in our style and will dominate the situation. We’re ready for all the small details. Experience is important, but it’s not everything.”

He is suggesting that our team is older, slower and defensive. We could sit deep and play on the counter-attack as Jokanovic suggests, but that might not happen.

In a previous post, I highlighted how a high press could work well against the Cottagers. Derby especially showed how successful such an approach can be defensively, as well as offensively in the semi-final first leg.

Going by what Bruce says about training this week, it doesn’t sound like the team are purely focusing on organisation and positional work. The “feisty” nature could well translate into how the game plays out on Saturday as well.