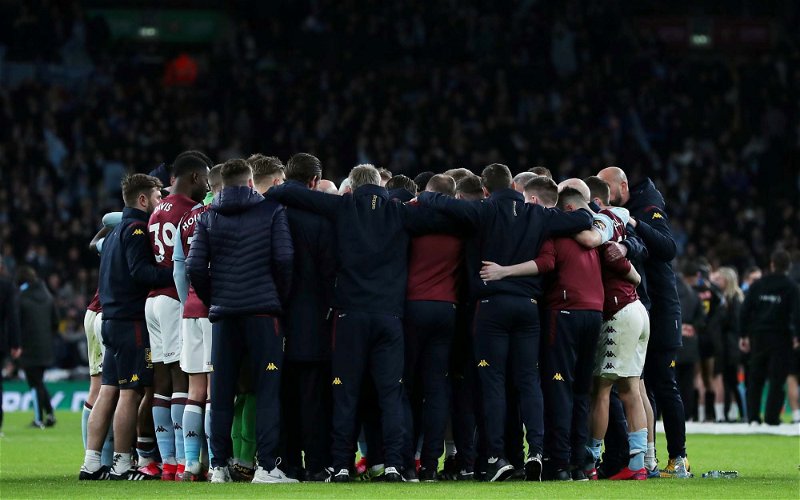 Whilst football fans naturally have bigger things to concern themselves with at this moment in time, one topic of discussion that won’t go away is simply what will ultimately happen with the 2019/20 campaign – will Aston Villa get to finish the season as we look to avoid the drop or will there be a manufactured outcome.

With all football postponed, plenty remains up in the air, but over the weekend The Telegraph claimed that the Premier League were ‘tentatively’ planning a schedule that would see games resume on June 1.

The Premier League is tentatively scheduling a plan which involves games starting from June 1, which would allow them to finish the season within the space of six weeks and begin the 2020-2021 campaign on August 8. [telegraph] #avfc

The plan would then be to finish off the current season within the space of six weeks, albeit matches would be behind closed doors, but it would then enable the 2020/21 campaign to kick off around August 8.

Will Football Return In June?

It's Possible If Behind Closed Doors

Whilst it suggests such a plan remains at the very early stages, and the dates are only targets as opposed to anything more concrete than that, I really don’t see that as being plausible at this stage. Bringing the season to a natural but eventual end is undoubtedly the best way of dealing with things here, and although the postponement of the European Championships certainly gives better wriggle room for that to happen, I just don’t see football being anywhere near a return come June.

This just won’t happen, there’s bound to be players who will get it once they are back training and then the whole team has to be quarantined, so how on earth will it work? Football just isn’t important right now but all they care about is money. 😬🤦‍♀️

Putting money over the sport and its fans 🤦‍♂️

Good luck with that, nobody can plan anything at all at the moment

Have they consulted the Coronavirus with this?

Haha govt have just told 1.5 million people to self isolate for 12 weeks (mid June) and the Pl wants to restart on the 1st June. They really believe they live in a bubble and players officials and staff are immune.

They're optimistic if they think this is going to blow over by then….

Not sure I’m keen on our new kit. pic.twitter.com/Tpz5nC05Kx