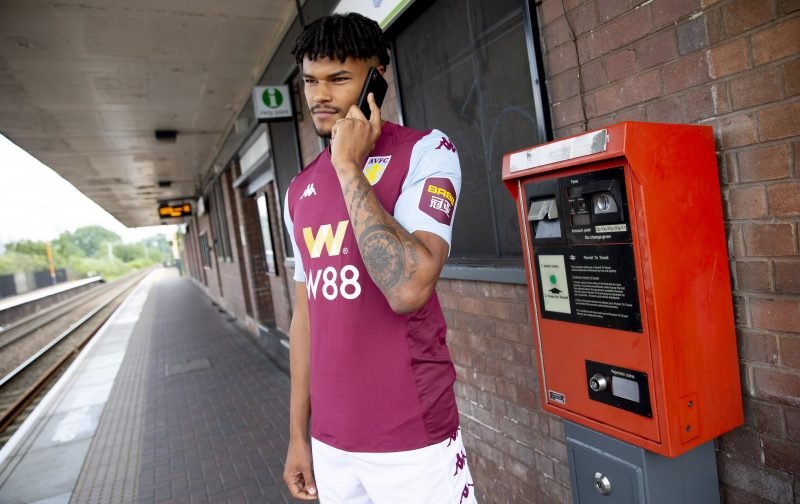 Aston Villa centre-half Tyrone Mings certainly had a night to remember when he made his debut for England in the European Championship qualifier against Bulgaria at the beginning of this week.

His performance, especially for a debut, was outstanding and he marshalled the backline perfectly, more than looking like he belonged at that level, but it wasn’t just his composed performance on the ball that helped him win plenty of doubters over, it was also how he dealt with the ignorant racist abuse on show from utter idiots in their fanbase.

With his switch from Bournemouth potentially costing us £25million all in, given the terms of the deal, Telegraph journalist John Percy took to social media following the game to not only praise the 26-year-old, but also to suggest that the deal will see us pay his former club £250,000 for each of his first four England caps.

Villa will pay £250,000 for each of his first four England appearances, taking the total amount up to £1m. [john percy] #avfc

With so much being made of his transfer fee, despite the quality of the opposition, it was a fantastic debut in any event and an extra million on his cost comes nowhere near the extra millions performances like that will put on his value.

That certainly wasn’t missed by these fans as they reacted to the claim.

Took the words rite off my keyboard ????

He just made maguire look like a 15 million defender. Mings is probably worth 70+ in the current market of English players.

Along with the fact we don't need to sell, I couldn't see him going for less.

Be worth over £100m if he continues on his current trajectory

Hope he stays claret & blue for many years to come, he's made all the difference. Embodies the lion we wear on our crest ???? #avfc

Money well spent when it comes to Tyrone Mings ..UTV

Each cap will add far more value than £250k. What a great deal!