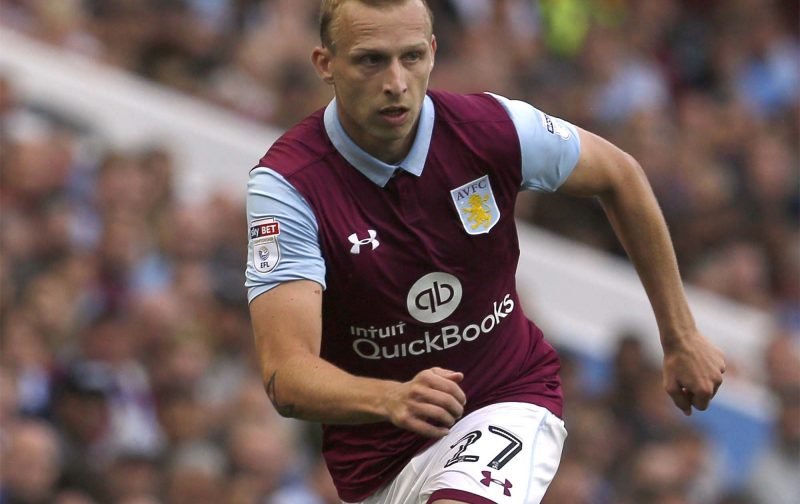 With Aston Villa opening up their pre-season game schedule against Telford United at New Bucks Head and Kidderminster Harriers at Aggborough as manager Steve Bruce split experience down the middle to get good game time into a number of players after our Portugal training camp, one man in particular seemed to stand out to fans for his individual showing.

Ritchie De Laet hasn’t had the best of times at Aston Villa since joining from Leicester City for a reported fee of around the £2.5million mark back in August 2016. He never actually got going at Villa Park having suffered a serious knee injury back in the game against Brentford in September and he spent months out on the sidelines as he recovered and built himself back up to full fitness.

To this day, he only had seven starting appearances to his name at the club, with a further five showings from the bench. In January of last season we loaned him out to Royal Antwerp and it was believed he had a buy clause included in the loan given the competition we then had in the backline…more fullbacks than forward planning it turns out!

With Antwerp not enacting that permanent clause, it may well be a blessing in disguise and the 29-year-old is back with us. I say blessing in disguise mainly owing to the fact that we have to sell and we will lose experience on the back of that. With us needed to lean on the youngsters this year, De Laet is unlikely to be one of our higher earners I would think, so out of the players who we could expect more benefit from selling from a wages point of view as opposed to the transfer fee itself, De Laet could now get a second chance at the club.

He has played left back previously, but he lined up at right midfield in the game against Telford United and he certainly seemed to impress the fans that were in attendance or watching on with Villa providing streams for the tie.

Started pre-season well, versatile, experienced – could be far more valuable to us than we thought 12-months ago.

You looked sharp today pal – let’s have you at your best this season! We need you!

Played well mate an most importantly your clearly fully fit.Good luck for season ahead #avfc

Such a good game from you @de_laet_r – keep up the good work!