Aston Villa had a mixed return to the Premier League in Saturday’s trip to Tottenham Hotspur, but despite suffering a late 3-1 defeat, there certainly positives that can be taken from the tie.

Spurs were clearly on top in the match, but we were largely organised and coped well for large parts of the game. The often spoken about ‘fine margins’ were ultimately our undoing as we made a few errors and lingered in possession, but that’s something we will adjust to.

With it being a more defensive performance, statistics website Whoscored probably got their ratings right, although I must admit I think Bjorn Engels was more deserving of the top five spot than Jack was, given how he was quiet by his own standards. 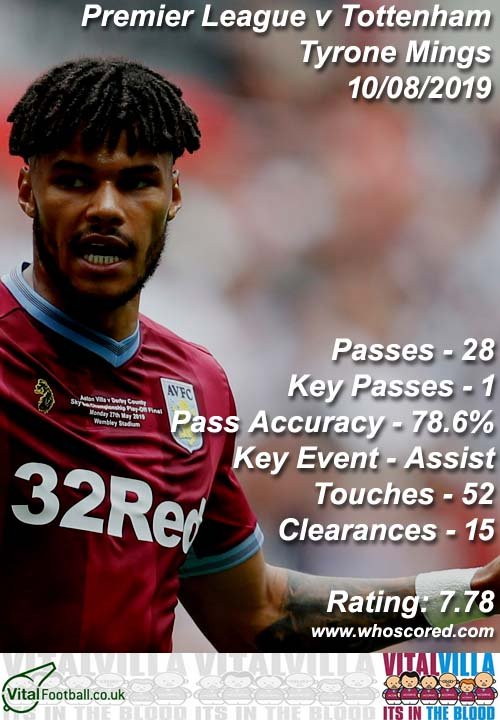 They gave Engels sixth place with 6.74.

A decent learning curve, we can all see what we need to work on but the clashes against the top six won’t be what defines our season.