Derby’s Fightback Has Thrown Everything Up In The Air

I have to confess, I began writing this piece on Tuesday afternoon, ahead of the Derby/Cardiff game, and the first draft was based entirely on the probability that Cardiff would win and thereby consign us to the play-offs. And when they took the lead, I was feeling even smugger. But Derby’s fightback has thrown everything up in the air again.

Matters could become even less clear because Fulham are playing already-relegated Sunderland on Friday evening, ahead of our weekend fixture. A Fulham win, and we’d be left needing snookers to claim second (irrespective of what Cardiff do against Hull), as Fulham would be holding a six-point lead over us with a superior goal difference. But we’ll worry about that on Saturday morning!

We have two games to go and first up is our last home game of the scheduled 23 – the visit of sometime Villa fan Gary Rowett and his play-off chasing Derby County. Derby have been well-placed for most of the season, but their annual spectacular collapse in February and March leaves them with a nervous finish to the season. At least their fate is in their own hands.

Realistically, it’s a three-way fight between Millwall, Derby and Middlesbrough for fifth and sixth, and depending on who finishes where, we could be looking at a play-off semi-final match-up against Middlesbrough – Pulis, Adama, Downing and all the connotations that brings with it.

With all of this in mind, how should we approach this weekend’s game? Do we want to play our strongest team, look for the win and keep the momentum going into the play-offs? Or would it be better to box clever and rest key players, to try and minimise the risk of injuries, ahead of a likely finish in the play-off places?

Personally, I think we are destined for the play-offs. There is just too much that would need to fall in our favour to overhaul Fulham and Cardiff now. We are guaranteed (at worst) fourth place and home advantage in the second leg. So, although it’s tempting to play our best XI and keep the momentum going, it makes more sense to me that we rest up key figures (particularly those who have been injured) and save them for the play-offs. The likes of JT, Kodjia and Hutton would be better served by resting up for a couple more weeks, perhaps coming off the bench in the next two matches to build up match fitness again. There is absolutely no sense in risking further aggravation.

In any event, I keep hearing we have the best squad in the division, so there is no reason why any combination of players can’t get six points from the last two matches, and we could end up second anyway. But I still think we won’t quite make it, and the smart move would be to prepare the squad for three more matches.

I don’t see why the likes of Adomah, Snodgrass and Grealish can’t be rested – they’ve carried the load for much of the season, so let Lansbury, Whelan and others have an opportunity to stake a claim. I’ve not mentioned James Chester – although he could use a rest having been ever-present since he joined us, I can’t see him wanting to stand down, even temporarily. It’s not in his DNA! 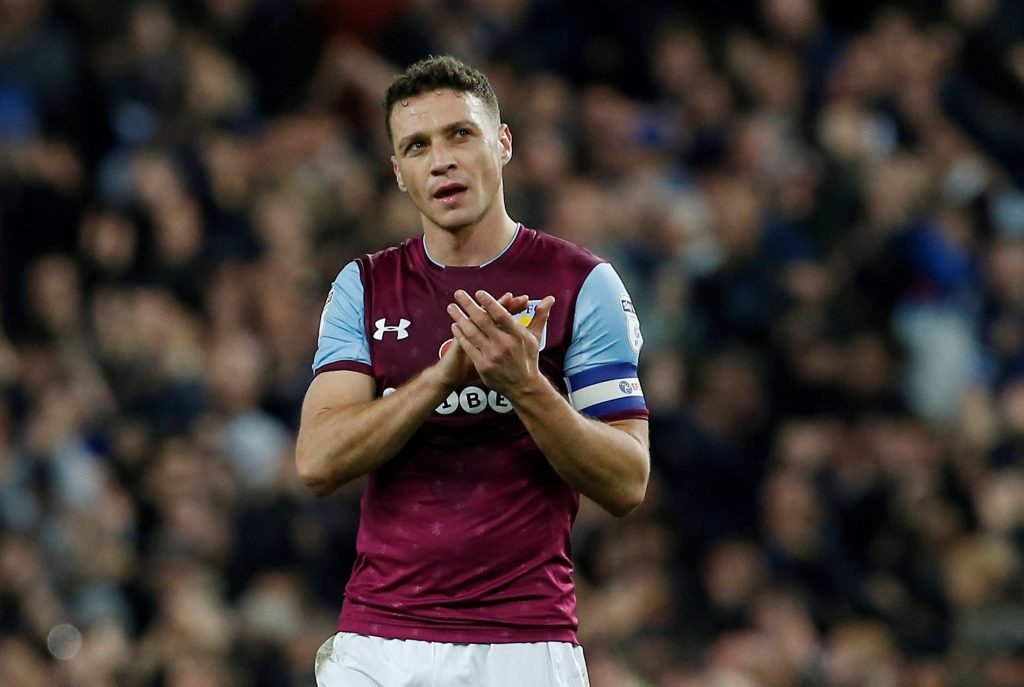 The implications of fielding a ‘weakened’ team in terms of league rules have been made clear following Huddersfield’s decision to rest their entire first-team against Small Heath last season – “For any league match played on or after the fourth Thursday in March, any team sheet for a league game should include at least 10 outfield players who featured on the team sheet for the league match before.”

This shouldn’t affect us, given Bruce’s reluctance to play untested squad players, so expect the line-up on Saturday to look something like this: Johnstone, Bree, Chester (c), Samba, Taylor, Adomah, Whelan, Lansbury, Onomah, Hogan, Davis. The bench could be something like: Bunn, Hutton, Terry, Bjarnason, Hourihane, Grealish, Kodjia.

I’d be happy with that and would certainly expect to get something out of the game against a Derby side whose form has fallen off a cliff, despite their win on Tuesday. And even if we lose, so what? As long as there are no injuries or red cards, we’d be well-set.