Having taken a fantastic victory over Norwich City ahead of the October international break, Aston Villa were back in action on Saturday afternoon as we welcomed Brighton and Hove Albion to Villa Park.

The game was hardly a classic and we were poor, but despite the best efforts of the Video Assistant Referee technology to once again deny us points, we made it back to back wins even though we made it incredibly difficult for ourselves.

Statistics website Whoscored seemed pretty impressed with our efforts though and their star man award went to Jack Grealish with a rating of 9.29 for his performance, which included a goal and an assist. 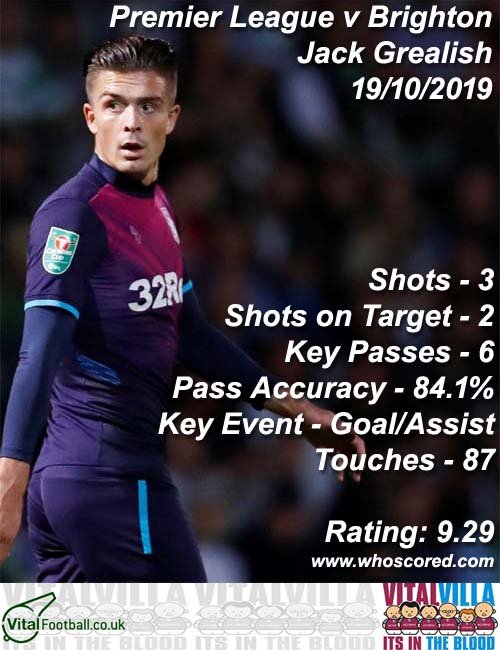 Despite how poor the performance was, given we’ve already played better this season, a win is a win and we dug it out and long may that continue.