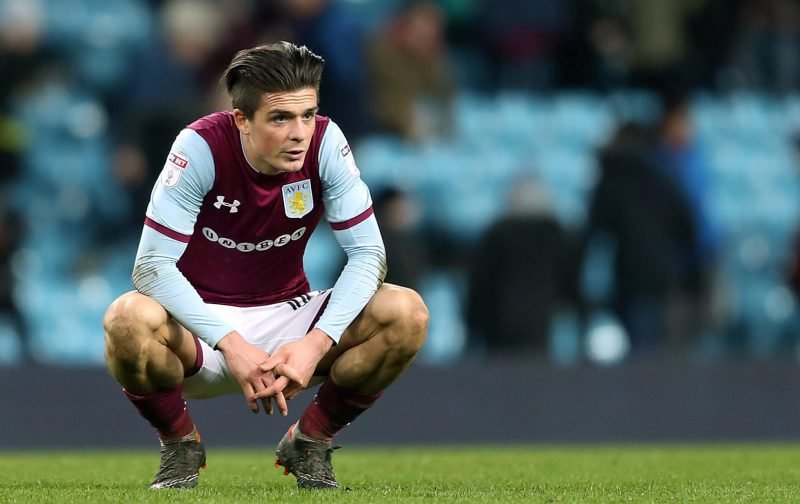 The Sun journalist Mike McGrath is reporting that Chelsea could try to “hijack” Tottenham’s move for Jack Grealish.

There is very little detail in the report with just four short paragraphs talking about the story. They quote a Villa “source” that talks about FFP while suggesting a £20m offer may well be made.

Fans on Twitter are not particularly convinced by the reliability of the story:

The sun ???? same people who said Henry was manager

Chelsea to offer £30m + Abraham and we call it a deal

Rather him go to Chelsea than Spurs, more chance of the lad winning something!

Don’t believe any of it anymore!

Some supporters don’t think a switch to the Blues would be a good career move for Jack anyway:

This would be the worst career choice anyone’s ever made

To keep Ross Barkley company on the bench ????

I think the S*N just pick figures out of thin air just like their broadcasting cousins.Jack deserves PL but please not at Chelsea.#BenchWarmer

The lack of detail from the Sun suggests there is very little in this. The Evening Standard are reporting that Spurs are “close” to agreeing a deal for the 22-year-old. The Premier League club had an initial £20m bid rejected by us, but the newspaper doesn’t detail how much their improved offer will be.

With the new owners we are under no pressure to sell on the cheap so hopefully, if an agreement is reached, the fee is north of £30m.