This weekend saw Aston Villa make the trip up to the Etihad Stadium to face Pep Guardiola’s side and everyone knew it would be an incredibly tough battle for us to even come out with a point given where both sides are in reality.

City are well into their development as proven by their reigning Premier League Champions tag, but we’re 12 months ahead of where we thought we’d even be this summer, but the games certainly stands out as being frustrating owing to the manner of our loss and the fact we were again unfairly shafted by the pathetic and illogical VAR system – so much so, in fact, to rub salt in the wounds, the dubious goals panel actually gave David Silva the touch shortly after the game finished.

City were worthy of the win though given the balance of the game, and the positives for us have to be our organisation and whether by Keinan Davis or John McGinn, we should’ve got on the scoresheet. Not massive positives, and nothing to really cheer, but we made a fight of it again and this year, sometimes that’s all we can hope for.

Statistics website Whoscored obviously had our player ratings on the low side, but at least for me, a couple of players should’ve been in the low seven scores. 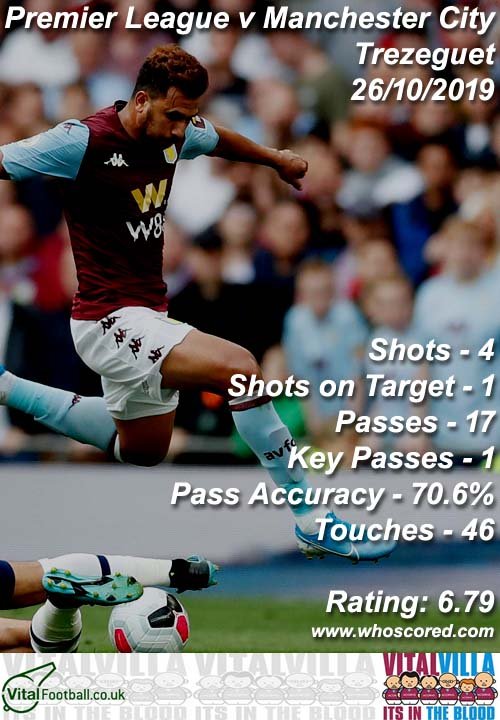 All eyes to Wolves, changes and hopefully Cup progression, then we batten down the hatches once again for Liverpool.