“A Fear Of Being Average.” And The Story Of The Half Naked Man At Bodymoor – Top Interview 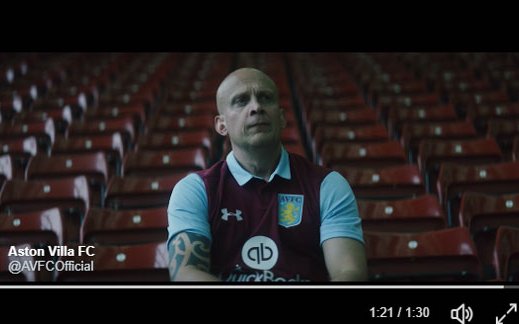 “I have a fear of being average.”

Over a year ago I watched Aston Villa fan Jonathan Fear, eloquently share his intriguing life story on the Claret and Blue Podcast YouTube Channel. Immediately I was engrossed. After battling a brain disease for the majority of his life, Jonathan is a tremendous role model for future generations that through hard work you can achieve anything.

For just under an hour I had the pleasure of speaking to Mr Vital Villa himself, Jonathan Fear, about his life story. After reading his book “Fear Conquers All” and speaking to him online, through different mediums he gives a fascinating insight into how through sheer determination he has been able to live his life to it’s fullest.

“This is a story of how not to lose at the game of life and how to fight back. A story of victory over adversity, of a man who doesn’t know the meaning of the word ‘defeat’.”

During these difficult times, we have all felt low, felt down, felt as if the light at the end of the tunnel is so far away. Despite living with a brain disease with the ability to override his life at any point, Jonathan continues to strive past boundaries that confront him within his life. He is an exceptional human being who’s story needs to be constantly publicised.

To see Jonathan speak brilliantly about his life story, make sure to check out the interview!