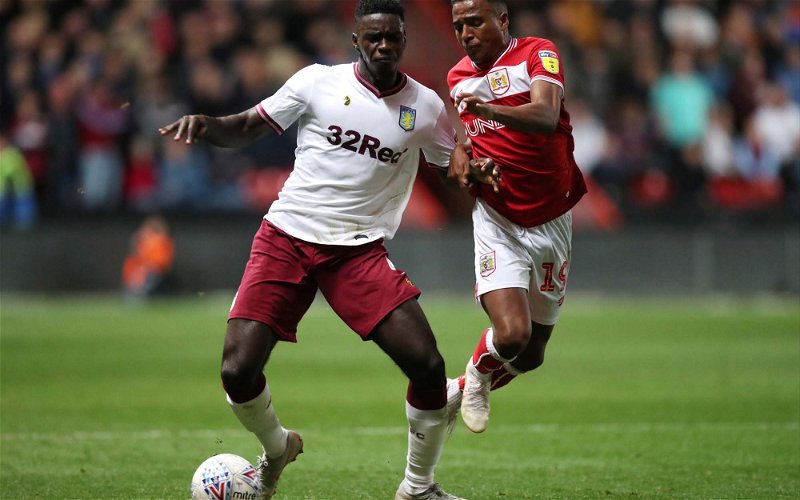 Dean Smith confirmed in Friday’s pre-match press conference that Axel Tuanzebe is “doing well” in his recovery and could return “ready for the Blackburn game” at the end of March. The 21-year-old has been sidelined mid-December after breaking the metatarsal bone in his foot, but Smith says his injury hell is almost over.

The Villa boss revealed: “Axel (is) doing very well. (He is) doing some really hard work. It’s like a mini pre-season for (him) now to get them ready for the Blackburn game after the break.” Tuanzebe has been back in training for a short period and will work on his conditioning to ensure he can handle Championship football again.

Before breaking his foot, the central defender made 21 appearances in all competitions. He started the season as a makeshift right-back under Steve Bruce but went on to form a formidable partnership alongside James Chester.

His injury led to a crisis in the Villa defence which saw Dean Smith recall Tommy Elphick from his loan spell at Hull City and bring in Tyrone Mings & Kortney Hause on loan from Bournemouth and Wolverhampton Wanderers respectively.

As a result, Tuanzebe might have a tough task to get himself back into the side but his return will be welcomed nevertheless. Smith will at least enjoy having competition for places.