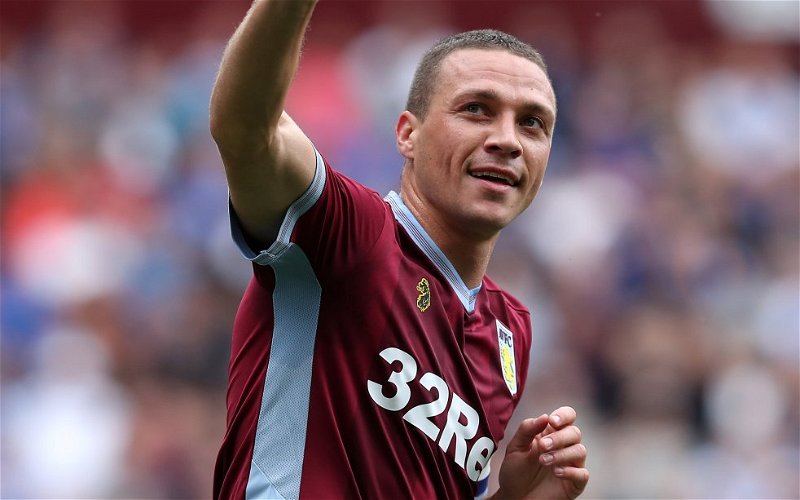 James Chester could return to training in two weeks after completing a course of injections to fix his injured knee, according to Dean Smith. The Aston Villa defender has been out of action since late-January, missing eight Championship games, but supporters could see him back out on the pitch before the campaign comes to a close.

The 30-year-old is expected to take part in light training at the end of March and should be in a position to play during April. Smith said in Friday’s pre-match press conference: “(Chester) has now completed the injections he’s been having into the knee. We’re hoping to get him back into light training over the next two weeks. We will see where he goes from there and hopefully he gets no reaction from the knee.”

Chester has made 28 appearances this season, scoring five goals. Prior to his injury, the Welsh international formed a formidable partnership alongside Axel Tuanzebe until mid-December and Tommy Elphick in January, but all three players are currently sidelined with respective injuries which has led to Tyrone Mings partnering Kortney Hause at the heart of the backline.

The on-loan defensive pair have helped to turn Villa’s form around in recent weeks, with the Midlands outfit boasting three consecutive league wins over Derby County (4-0), Birmingham City (1-0) and Nottingham Forest (3-1) ahead of their meeting with Middlesbrough. Smith’s men could move into the top-six if results go their way on Saturday too.