Aston Villa’s 3-1 victory at the KCOM Stadium on Monday evening against Hull City gave us plenty of talking points.

We opened up the Championship campaign of 2018/19 with all three points to help put a turbulent summer behind us but there was one clear positive from the match for me. Man of the Match was more difficult to call than usual.

Too often in recent times has one man clearly stood out for us – last night it was pretty open with a number of players each having a strong shout at taking the vote in their own right. 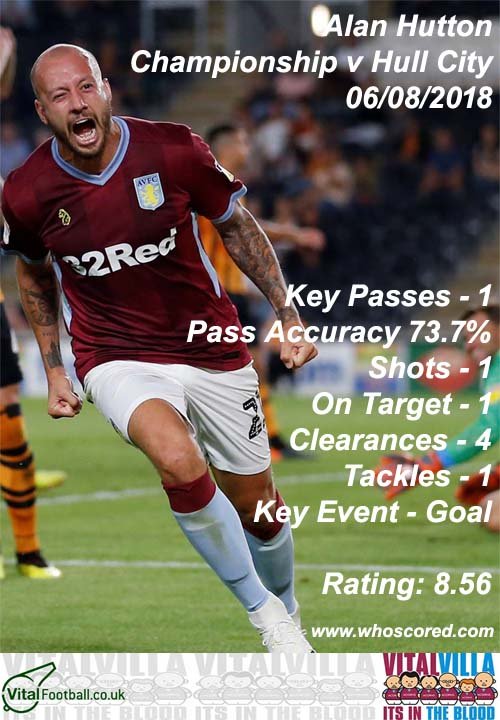 Whoscored look at the statistics from a match, and for them Alan Hutton was our standout player with a typically solid performance at the back, plenty of effort and his Lionel Messi like goal at the other end of the park to finish off the scoring on the day.

A rating of 8.56 isn’t to be sniffed at but clearly, his goal carried him across the line and he even managed to pick up his obligatory yellow card.

The sixth highest rated was Neil Taylor as he was the only other player to get into the realm of 7.

Don’t think anyone can really disagree with that can they.

Let’s have a poll and find out!