Boom. Aston Villa Did That At A Canter. So Much More To Come. 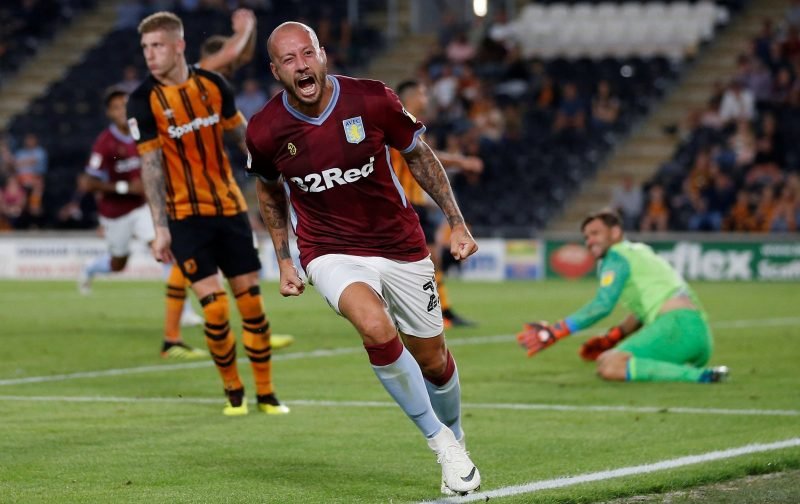 3-1. It'll I do I s'pose!!!! That's got to do their confidence the world of good, still new arrivals to come as well, hopefully no exits. Lets rip Wigan apart now! UTV pic.twitter.com/iozYf4g3qb

What a great way to kick off this Championship campaign.

Some are saying that it was only Hull. I don’t care. We have to beat all comers and these are the sort of banana skin games. The goals were nicely worked as well. I had to smile, I was asking why Tommy Elphick hadn’t headed the Hull City ball away that led to their goal, not long after, he put his head on a wonderful cross to draw us level.

It's a nightmare start for @AVFCOfficial!

Evandro diverts Steer's clearance back over the goalkeeper and into the net! ????

What a response from @AVFCOfficial!

Tommy Elphick has given his hopes of forging a career at #AVFC a significant boost with that goal. ????

Yes, at times we were a bit pedestrian, but that does happen at the start of the season (I know, I know, it happened a fair bit at all times last season!) but all that matters in any league is the result at the end of the day. It is probably the wrong league if we expect pretty football isn’t it? But good, tough, competitive football, well that will do!

I’ve no idea if Jack has had his head turned and wants to go, on the performance last night, we can but hope not. The fans left him in no doubt singing ‘he’s one of our own’ and that they want him to stay.

His contribution wasn’t too bad was it?

And Elmo, a player I expected more from last season, maybe he’s not settled and will push on, he looked better last night and slotted his goal in brilliantly. I was not expecting that! Man of the match, lets hope that is the first of many.

Sit back and enjoy Villans.

And then the amazing Alan Hutton got a goal. First for 30 years I think it was?! What a guy he has been for us, bombed out, never moaned, got back in, out, in, out. Released, still came back!

What a goal from Alan Hutton!

It wasn't a dream then… #avfc pic.twitter.com/SHZ5rwXPOV

Join in the discussion in our match thread…

Steve admits we have a long way to go, we’ve got to be better than we were v Hull City, but hey, it’s the result we needed to start off. Now lets rip Wigan apart!

Thought Jed Steer had a great game for us as well.

The next hope is that Jonathan Kodjia can re-find his shooting boots and go on a rampage, oh and that he can remember to look up and pass every now and then! Come in Jimmy Danger…

And I just saw this tweet. What a fantastic game for this young man to make his away debut, bless!

Very happy, lets hope this is the start of a run. With the owners ready and willing to spend, but unable to because of FFP, we have to get back up and let them show us what they can do!

Match Stats: Easy Threasy For Aston Villa As We Open 2018/19 With A Win