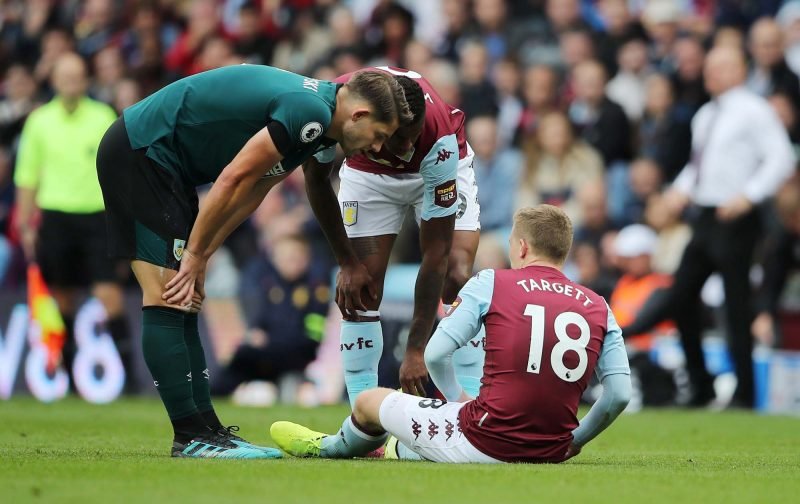 The £15.6million arrival of left back Matt Targett from Southampton over the summer hasn’t been great so far with mixed showings in our EFL Cup victories over both Crewe Alexandra and Brighton and Hove Albion. His opening game saw him come off injured, but he did make the 90 minutes against Brighton and having been patient, he got his Premier League shot last weekend as we welcomed Burnley to Villa Park for our 2-2 draw.

Again, 24-year-old Targett saw himself substituted in the second half after picking up a knock, but he came off in the 62nd minute with a player rating of 7.01 from statistics website Whoscored and it was clear from the Vital Villa Match Thread that he had begun to really impress before his latest setback.

With prefered Neil Taylor, so far, continuing to split fans given his attacking displays, Targett had won people over on that front, so we’ll all be hoping the rumoured hamstring injury isn’t a major problem, as plenty of social media want to see him keep his place for the next one.

Well played Matt hope injury is not to serious UTV

Played well until your injury. Better than Taylor. Please tell me it was cramp and not a hammy? UTV

should be playing every week son

Class performance mate. Need that delivery from the left. Hope your okay for Norwich.

You need to start week in week out . Hows the injury

Top game, hope the injury is not serious. Hopefully cemented your place in the team after yesterday.