Come on Villa, Get Your Kits Out for the Lads 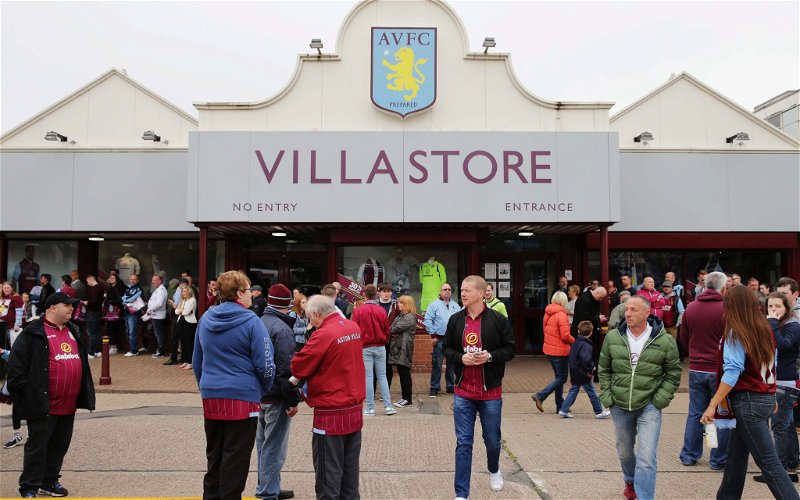 As per normal every summer, rumours abound about the design of the kit for the forthcoming season, and this year has been no different. Ever since Kappa was revealed as the official kit supplier, the internet has gone mad with supposedly-leaked designs and mock-ups, most of which will prove to be ITK nonsense.

The leaks across social media yesterday would suggest that the designs have been finalised and the release of the swanky new clobber is imminent. This image looks particularly official, despite the fact that our erstwhile kit model, The Fear, is nowhere to be seen!

In the distastefully commercial world of modern football, long gone are the days when new kits were bought out in a two- or even three-year cycle. Nowadays, splashing your hard-earned on the new shirt will get you only a year’s worth.

Ok, you’ll wear it plenty over the season to probably get your money’s worth, but having to replace shirts (or full kits, if that’s your thing) for not only yourself, but the family as well, will hit the wallet pretty hard each time.

That’s a discussion for another day: here, I want to discuss why it seems to take so long for Villa to get the new stuff to market. Most clubs have their designs finalised before the previous season has ended, and many (perhaps most notably Chelsea and Liverpool) show off the new designs in the final game of the season, with the new kit available to purchase around the same time.

Not Villa. Oh no. In recent previous years, the kits haven’t been available until AFTER the start of the season, and in some cases, not until weeks into the campaign.

Of course, we have changed our ‘kit partner’ yet again this close season, as well as the main sponsor in doing a deal with W88, so this will have a knock-on effect in terms of manufacture and supply, but it would be nice for us to get ourselves into a position to have our ducks in a row much earlier in forthcoming summers.

As garygaryshaw says in the forums, “The way we drag these kit launches out every Summer is ridiculous. Most other clubs just release them at the start of the Summer and will have them on sale in a few weeks. Every year we have this secretive palaver, seeing hundreds of concepts all over the internet and more often than not the actual kit gets leaked before launch day anyway. Just put it on the official website and get it in the club shop!”

He’s not the only one. StephenJayHawkings thinks we should try and emulate other clubs and get the shirts ready before the previous season is finished. “It’s all a bit OTT isn’t it? Some clubs even wear the new kit in the last game of the season (still under contract with the same manufacturer obviously). Have we ever done that? A drawn-out build up to a big reveal where the general consensus is “meh” because they’ve seen better concept kits made by fans online.”

If the designs revealed in the tweet above are, in fact, the new shirts, they look ok to me. Claret shirts, blue sleeves = traditional Villa design and should satisfy most. I’m not convinced by the light blue away kit (I’ve always preferred white or yellow myself) but it will give the club the chance to flog a few of the 3rd strips when we play Man City or Burnley, for instance.

It’s just a shame we can’t be sporting the new kit over the summer when we should be swaggering about in the limelight of our return to the Premier League. Let’s hope this time next year, the new stuff will be selling like hot cakes as more and more Villans revel in a successful first season back.

What are your thoughts, Vital Villans? Comment below or join in the discussion on the forum.