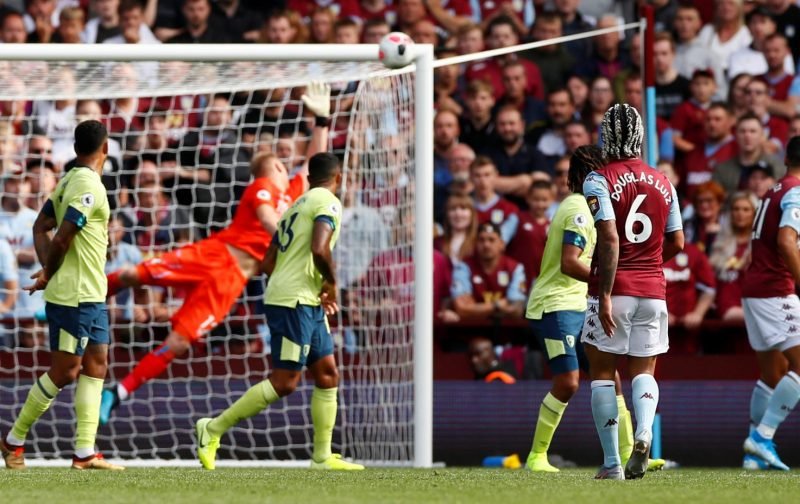 Aston Villa’s summer capture of former Manchester City midfielder Douglas Luiz certainly raised some eyebrows in the fanbase, even if the deal took a while to get over the line given his work permit issues.

Suffice to say, the £15million signing took to the Villa Park pitch on Saturday as we welcomed visitors Bournemouth for our second Premier League clash of the season, and the 21-year-old certainly caught the eye.

Having opened with a glaring mistake as he let the ball ghost by him, presumably thinking a teammate would get it, he definitely grew into the game and fans will be well aware of the excellent strike he hit on the day to restore hope that we would complete the comeback from 2-0 down.

Sadly, it wasn’t to be as we lost 2-1 but there were definitely plenty of positives given how we better controlled the game, and created chances – all that was lacking was a real clinical edge.

Taking to social media to praise Luiz’s performance, fans were certainly happy with the early signs that we saw from the Brazilian.

Douglas Luiz was Best player on the pitch, agree with that. Bournemouth goals fortunate, in particular the second, mistake and big deflection otherwise Heaton had it covered. However that said you make your own luck in this league.Bourn fans a pleasure too, Nice set of fans.#AVFC

Douglas Luiz is a technician, threaded some delightful passes through midfield. Goal testament to his quality & character. Adjusted to the pace & physicality of the PL but like #avfc will need to improve further. Excited to see how he develops, belief there’s much more to come.

Despite his mistake early on, I was very impressed with Douglas Luiz today. Very comfortable on the ball and a great goal

He has the ability to make time on the ball. Tyrone does that at the back too. There is a reason he was at City and work permit aside he may still be there. He will be top drawer

Just returned from filming the Villa match slightly disappointed but actually excited about the future. Douglas Luiz looks a real star in the making and what a fantastic first goal for us. I think Jack has to step up a bit but we will be fine. #AVFC #avfcofficial

Douglas Luiz MOTM for me today, may of cost us for the second but grew into the game and was quality. Shoutout to Tayls to played well pal. Alot of positives from today #UTV #AVFC